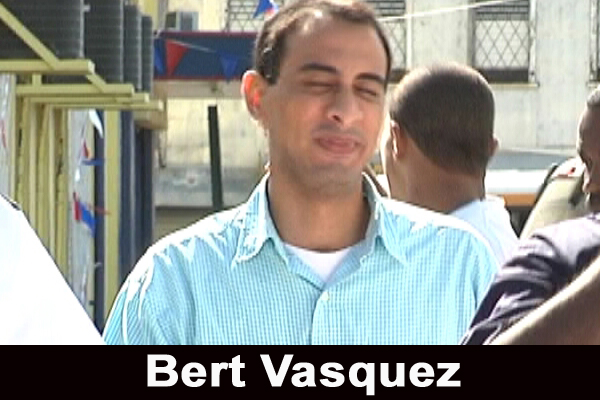 The accused killer of Jasmine Lowe, 13, of Santa Elena, Cayo, Bert Vasquez, 32, will be tried at the Supreme Court without a jury.

The decision was handed down yesterday at the San Ignacio Magistrate’s Court at the conclusion of the preliminary hearing to determine if there was a case against him that warrants a Supreme Court trial.

The defense for Vasquez, Senior Counsel Simeon Sampson, made a no-case submission on the grounds that the cause of the girl’s death was unknown, and that there was no eyewitness to the events which led to her death, nor any other evidence that tied him to the death of the girl.

The Director of Public Prosecutions, however, countered that they have DNA evidence and other evidence that proves that he, Vasquez, was the one who killed the girl.

The preliminary hearing was held yesterday, and at the conclusion of the hearing, Vasquez was returned to his cell at the Belize Central Prison, where he awaits trial at the Supreme Court at a time to be determined, for the death of Lowe.

In June 2012, Vasquez was arraigned on charges based on the complaints of 13 underage girls, all from the Cayo District, who told police that Vasquez had offered them money for them to get into his car. In the end, Vasquez was charged with one count of abduction, eleven counts of common assault and one count of aggravated assault. He will face these charges in addition to the murder charge.

She reported that her daughter had been at her home and spent the weekend with her. On Monday morning, at about 8:00 a.m., Jasmine Lowe had gone with her to her workplace, after which Jasmine went home.

On Tuesday, at 1:00 a.m., Marisol was informed that her daughter was missing. On June 6, 2012, San Ignacio police responded to a scene on a feeder road off the main road in Cristo Rey, where they discovered the decomposed body of Jasmine Lowe.

The report of the missing girl and the numerous reports that a man was driving about the town trying to pick up little girls and offering them money to get into his car prompted citizens to form a neighborhood watch to catch the child predator.

After Jasmine’s body was found, citizens became angry and called for the head of the child predator, and carried a hangman’s noose to demonstrations for justice for the killer.

After the death of Lowe, several little girls came forward and made formal reports at the San Ignacio Police Station that Vasquez offered them money to go with him, but they ran from him.

Alberto Palma, of a neighborhood watch group, said that a girl was selling food when he saw a car stop, and a man spoke to the girl and the girl got into the car.

The citizens immediately mobilized and began looking for the car, which they found in the area of Branch Mouth. The car was parked, and when police approached and pulled open the door, the man had his member exposed and the little girl, 12, was sitting in the front seat.

The man was immediately arrested and the car towed to the police station, where it was searched thoroughly. The search resulted in the discovery of a ring in the car, which Marisol Lowe positively identified as belonging to her daughter, Jasmine Lowe.

The man in the car was identified as Bert Vasquez, and he was charged with aggravated assault, indecent exposure and kidnapping of the little girl. He was later charged with murder for the death of Jasmine Lowe, who was taken to Barton Creek and buried on her father’s farm.

When Vasquez was taken to court to be arraigned on the charges, a crowd of about 5,000 people showed up and were bent on killing him if they were given the slightest opportunity to get to him.