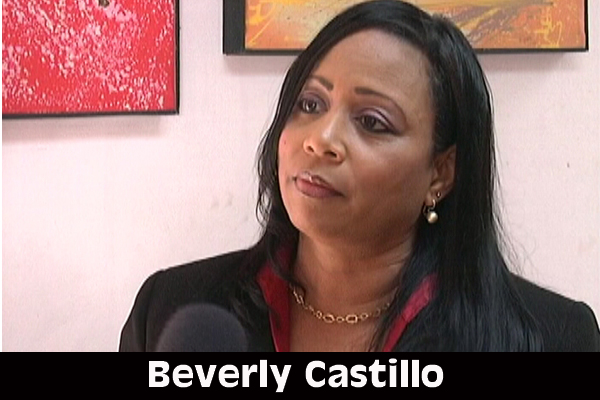 The ruling United Democratic Party (UDP) held a convention to select its standard bearer for the Belize Rural Central constituency on Sunday, March 2. After the ballots were counted, newcomer Beverly Castillo, the former Chief Executive Officer for the Ministry of Natural Resources, emerged as the winner, edging out Michael Hutchinson and three other candidates in the five-way race to become the UDP Belize Rural Central standard bearer.

Castillo, who ran a sophisticated campaign with media advertisements, posters, and hordes of workers projecting her message on T-shirts, garnered 961 votes, while Michael Hutchinson, a former UDP Minister of State who appears to have fallen from grace with the UDP’s top brass, was a distant second with 502 votes; City Councilor Dean Samuels managed to capture the third spot with 353 votes, while Emroy Castillo picked up 152 votes, and John Lizama finished the race with 19 votes.

Castillo is now in position to face the People’s United Party (PUP) incumbent, Hon. Dolores Balderamos-Garcia, who defeated Hutchinson in the 2012 General Elections to return Belize Rural Central to the PUP.

Hutchinson’s entry into electoral politics was phenomenal when he defeated the PUP’s Ralph Fonseca in the 2008 General Elections—sending Fonseca into early retirement from electoral politics. But after he lost his seat, the UDP’s bigwigs appeared to have had other plans for the constituency and were not countenancing a Michael Hutchinson candidacy for the next general election—so he, having been ostracized, was starved of resources before Sunday’s ultimate defeat.

Faber vs Saldivar on Sunday