Home Sports The Big Dance at the MCC this Sunday – FC Belize vs...
Sports 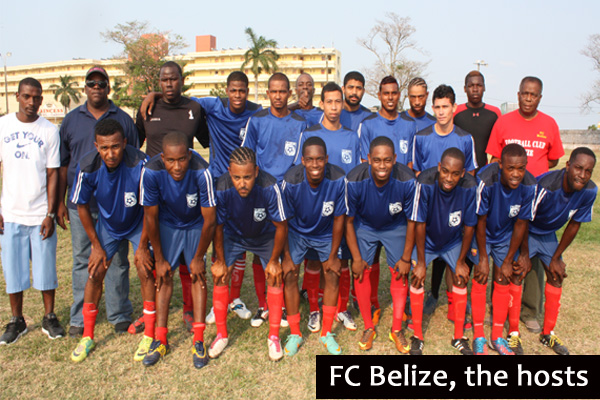 All roads lead to the MCC Garden this Sunday afternoon, where the Premier League of Belize (PLB) Closing Season 2012-2013 home-and-away championship series kicks off at 4:00 p.m. The home team in this one will be FC Belize; and the visitors, Police United. (Game 2 is next Saturday night in Belmopan.)

The PLB Opening and Closing seasons for 2012-2013 have been two hotly contested competitions. In the Opening Season late last year, FC Belize missed making the playoffs due to goal difference only, having tied in points with BDF. BDF lost in the playoffs to Police, who then fell to Belmopan Bandits in the finals.

Being from two different groups in the Opening Season, FC Belize and Police United had met only once in an “out-of-zone” meeting, and it was Police over FC Belize, 3-nil. But in this Closing Season, the reduced number of teams, 8, all played together in a double round-robin, and FC Belize prevailed in both encounters with Police, 1-0 and 2-0. Two key additions in this Closing Season for FC Belize have been veteran midfielders Mark “Kelo” Leslie and Norman “Tilliman” Nunez, who have added stability and experience to a very young FC Belize team. FC Belize recently lost the services of their former captain, Cristobal Gilharry, the only FC Belize player who was selected to the national team for the Copa Centroamericana in January of this year. For their part, Police United FC features a number of stars from that history-making national selection – Danny Jimenez, Evan Mariano, Trevor “Burger” Lennen, Andres Makin, Jr., and Devon Makin.

As an added treat to this football spectacular, the FC Belize management has announced a Kubuli Beer promotion, 2 for $5.00 at the game. Entrance fee is $15.00.

For sure, there will be adequate Police personnel in attendance to keep things under control.

The National Sports Council has announced “major rehabilitation” to the MCC, commencing June 10, so this might be the last time serious football fans will see the MCC in its traditional layout. For old times’ sake, the football family should seize the opportunity to give a grand farewell to the old MCC this Sunday.