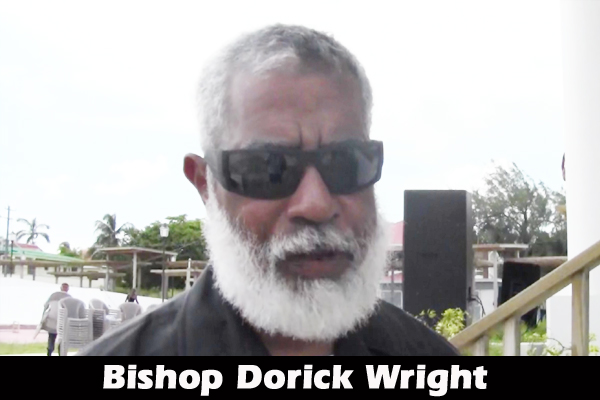 “This agenda of sodomy, abortion, and sexual gender redefinition is seeking to radically change Belize’s Christian character. I call on all of you to be vigilant with me against this threat to Belize’s moral foundations and family values.” – Reverend Bishop Dorick Wright

Reverend Dorick Wright, Bishop of Belize and Belmopan, has issued a directive to Catholic schools and institutions under its watch, calling on them to ban from their schools organizations and groups which are promoting “First World’s errors and problems” among “unsuspecting people,” such as the notion of “sexual rights” among children, as well as abortion and homosexuality.

Last Monday, March 3, Bishop Wright sent a letter to Catholic local managers and assistants, administrators, principals and teachers, saying that he was reminding them “that organizations whose activities and positions are actively opposed to the moral teachings of the Catholic Church, and which endanger the souls of the People of God, cannot be welcomed under any circumstances in our schools.”

“These organizations often present themselves as champions of some apparent good, whether it be to educate on sexuality and reproductive rights, AIDS, or to administer certain medical treatments or shots to our children, but despite some apparent good, you must, nevertheless, respectfully decline any and all invitation or association with any such organizations. I make this directive to all local managers of Catholic Schools, assistant local managers, all administrators, principals and teachers,” he said.

The Bishop’s letter went on to name the Belize Family Life Association (BFLA), The United Belize Advocacy Movement (UNIBAM), the National AIDS Commission and the Red Cross program of “Together We Can.”

Wright said that these organizations “foster programs that ultimately undermine our Catholic values.”

He went on to detail that “ BFLA, the operational arm in Belize of International Planned Parenthood, is an instrument of the most serious crimes against life and our Christian morality,” and that “BFLA’s entreaties are sometimes made in such a way to confuse us, fooling some to believe that their work is endorsed by the Church.”

The Bishop said that Planned Parenthood is an international billion-dollar business that profits from the killing of babies through abortion.

“Besides whatever good they might do, they nevertheless promote ‘sexual rights’ for children as young as 10 years of age, including a supposed ‘right to privacy’ from even their own parents and guardians, and in particular, their right to abortion without parental notification,” the Bishop added.

“I am greatly saddened how the First World’s errors and problems have come to our shores and our unsuspecting people,” Bishop Wright added.

He said that, “This agenda of sodomy, abortion, and sexual gender redefinition is seeking to radically change Belize’s Christian character. I call on all of you to be vigilant with me against this threat to Belize’s moral foundations and family values.”

In answer to the Bishop’s letter, the National AIDS Commission (NAC), one of the organizations named in Bishop Wright’s letter, issued a press release which came to us via 7 News, saying that, “The National AIDS Commission (NAC) regrets that, as evidenced by his recent advisory to Catholic and affiliated educational institutions, the Most Reverend Dorick Wright, Bishop of the Roman Catholic Church in Belize, has been misinformed on our mission and work.”

It said that the Commission is comprised of representatives of government agencies and civil society involved in prevention, care and treatment interventions for HIV/AIDS, including nominated representatives of the Belize Council of Churches and other faith-based organizations such as Hand-in-Hand Ministries, Claret Care (which provides sexual and reproductive services) and others.

NAC’s website lists among its 24 members Canon Leroy Flowers for the Council of Churches and Abel Vargas of Hand-in-Hand Ministries, alongside Caleb Orozco of UNIBAM (an organization that supports lesbians, gays, bisexuals and transvestite (LGBT) persons and which is challenging Belize’s sodomy laws in court), and Melanie Montero of the Belize Family Life Association.

“The NAC functions as a coordinating body and also mobilizes funds and technical assistance to promote the national response [to HIV/AIDS]. This response is based on a National Strategic Plan that was developed through consultations with a broad range of stakeholders, including religious organizations,” NAC furthermore states.

“This evidence-based and non-judgmental response conforms to Christian teaching and recognized medical ethics standards and has produced a dramatic reduction in new cases of infection and greatly improved survival rates and quality of life for those persons who are already infected,” the organization said.

It said that it recognizes the importance of continued dialogue, so that all individuals and organizations that are involved in the national response to HIV/AIDS can understand the dynamics of effective responses for health and development, and each in his own way work towards the goal of health for all.

Last week, Bishop Wright issued a cautionary statement on the Women’s Empowerment March and Rally, held on Thursday, March 6, also saying that those in the community needed to be careful of the agenda being promoted by those who were coordinating the event, particularly the Women’s Commission, which was the lead agency in the production of the Revised Gender Policy 2013.

Wright had said that the National Women’s Commission (NWC), one of the coordinators for the event, promotes values which contradict church and moral teachings as they relate to respect for human life, family, marriage and human sexuality; however, organizers maintained that the march and rally had nothing to do with any of those points raised by the Bishop, and that he had been misinformed.