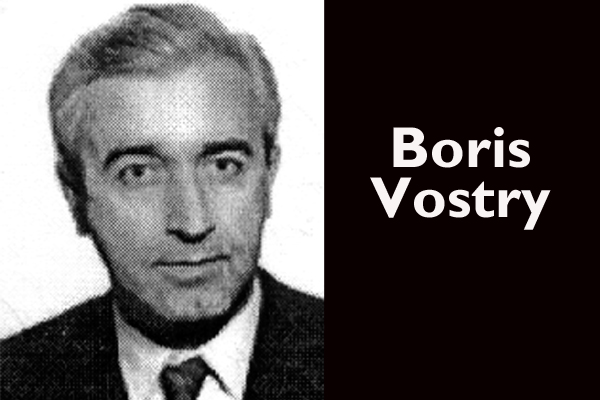 Boris Vostry, who is declared to be wanted by INTERPOL on charges of fraud, and who in his absence was handed a jail sentence of 9 years by the Prague High Court in October 2012, contacted our newspaper today and reported that he is not wanted by the Belize authorities, and he is presently living in Belize.

Vostry was exonerated by a Cayman Court judgment in 2007, and based on this judgment, he was also cleared by the Belize Supreme Court, and is living here free after he was cleared by the court. He said that he has appealed the 9-year jail sentence handed down to him by the Prague High Court, and will travel to Europe to clear his name.

According to an online Bloomberg article dated October 17, 2012, the Appeals High Court in Prague, on October 16 upheld a 10-year prison sentence for former Harvard Funds president Viktor Kozeny, convicted in absentia of fraudulent trading in securities that caused damage worth billions of crowns to Harvardsky Prumyslovy Holding (HPH) in the 1990s.

The court lowered the sentence by one year, to 9 years in jail for Kozeny’s colleague, Boris Vostry, who, too, has been prosecuted as a fugitive.

Both Kozeny and Vostry were bound to cover the damage of 8.3 billion and 2.2 billion crowns respectively, plus the interest.

Kozeny and Vostry were sentenced in absentia in 2010 for causing 16 billion koruna ($845 million) in losses and damages to the Harvard Industrial Holding, the Czech mutual funds created in 1996 to buy shares in state companies that were being sold to the public.

According to the article, in July 2010, the lower-level court sentenced both Kozeny and Vostry to 10 years in prison for causing the damage of 16 billion crowns to the HPH by 110 fraudulent securities deals. Kozeny and Vostry in 1995 and 1996 transferred assets from the Harvard Investment Funds and the Sklo Union Teplice company, causing financial harm to the HPH, which ultimately sank into bankruptcy.

The funds then owned shares of 51 percent of Czech companies, including many lucrative and well-performing ones. The shareholders expected their shares’ value to rise, but the fund transferred their investments, at Kozeny’s initiative, to Cypriot firms whose shares were not publicly traded, said Judge Radek Hartmann.

Vostry allegedly assisted in some suspicious transactions. As the funds’ general meetings chair, he is said to have withheld crucial information from the shareholders.

He and Kozeny reportedly also “pilfered” the funds’ assets by transferring them repeatedly to other companies and back, but for different prices.

Judge Hartmann said Kozeny was a capable manager and economist who acted with a clear intention. By a massive media campaign he won over a huge number of small shareholders, which enabled him to invest money in the best Czech shares.

Later, however, all promising shares were transferred to companies under Kozeny’s control, Hartmann said.

State attorney Jaromir Jindrich voiced satisfaction with the verdict which, he said, confirmed not only the two men’s guilt, but also the correctness of his previous decision to block property worth 700 million crowns in the Czech Republic.

Incidentally, Vostry’s claim that he has been cleared of the charges against him in the Caribbean has not yet been acknowledged by INTERPOL. He is still listed as wanted on their website.