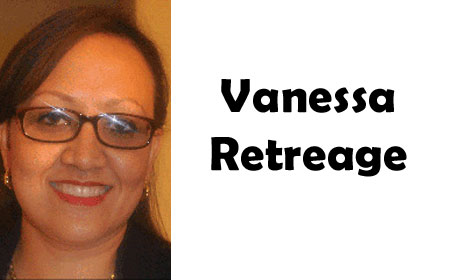 BELIZE CITY, Mon. Dec. 12, 2016–There is breaking news tonight that attorney Vanessa Retreage, who is Minister of Natural Resources, has resigned from the Cabinet of three-term Prime Minister Dean Barrow.

According to sources in the Opposition, word broke of her resignation sometime last week. However, the Office of the Prime Minister has not yet released a public statement.

If this report is confirmed, Retreage will be the second member of Barrow’s Cabinet to resign in three months. The first was Gaspar Vega, who resigned in October after his son walked away $400,000 richer in a shady land transaction conducted while he was the Minister of Natural Resources.

Following the UDP’s November 2015 elections at the polls, the post of Attorney General was removed from the portfolio of Foreign Minister Wilfred Elrington and given to her.

The Natural Resources portfolio was also stripped from former Deputy Prime Minister, Gaspar Vega, which signaled his downward spiral within the UDP.

According to sources inside the UDP, there are talks of assigning the Ministry of Natural Resources to Minister Senator Dr. Carla Barnett.

Furthermore, there are also talks to have controversial Speaker of the House, Michael Peyrefitte, assume the post of Attorney-General.

We are told that Retreage’s short stint at the Ministry of Resources was influenced by threats made by an individual recently named in a land scandal.