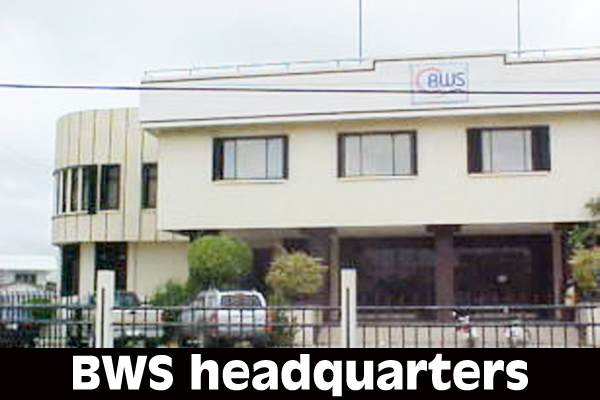 The Belize Water Services (BWS)—the Government-owned utility company which supplies roughly 150 million US gallons of potable water each month to roughly 44,000 customers—has asked the Public Utilities Commission (PUC) to grant a “16.25% increase in tariffs, fees and other charges in order to provide the increase in revenues required to finance the vitally necessary capital investments.”

The company has written to the PUC, saying that, “BWS has strived to keep water rates as affordable as possible, but the company is faced with increasing costs and the need to expand and improve its assets to enhance the development of the country.”

In a financial report supplied to the PUC which details the tariff history of the company, BWS said that Cascal, the former owner of BWS, had requested a 31% tariff increase to take effect in 2005, but a 17.2% increase was approved for the period April 2004 to March 2009. Then, a 12.1% increase was granted for the full tariff review period spanning April 2010 to March 2015, lower than the 25% tariff increase requested by the company. The first decrease was implemented in 2012, when the PUC ordered a 7.2% decrease in tariffs.

However, the Belize Water Services now says that, “This reduction in rates, which was effective April 2012, is of particular concern, especially given the need for increased pipeline replacement works as well as expansion.”

BWS claims that it has seen shortfalls in returns amounting to $17.3 million over the last three years.

It also said that the company is committed to a number of Government-initiated projects, including the Belize River Valley Water Expansion, the Placencia Peninsula Integrated Water and Sewer Project and the Ambergris Caye Water and Sewer Expansion.

BWS tells the PUC that, “The Rate Setting Methodology indicates a need for a 19.2% increase in revenue, but BWS expects growth of 3% due to expansion and is, therefore, only requesting the difference of 16.25% in tariff.”

It also said that “…there is the need to maintain, replace or acquire assets to ensure safe and continuous supply of services. Despite all of the above, last year, in December 2012, being aware of the imminent 17% increase in electricity rates and taking social impact and economic conditions into consideration, BWS opted to defer from applying for a tariff review.”

Of note is that the PUC has ruled that an 8% reduction in electricity rates should take effect this month.

According to BWS, “…due to ongoing increases in operating costs and the tremendous investment required to enhance the nation’s infrastructure development, the company now submits this report to initiate an annual review.”

In a report filed with the PUC captioned, Buried No Longer: Confronting America’s Water Infrastructure Challenge, and published by the American Water Works Association, it is said that, “Americans pay less than [US]$3.75 for every 1,000 gallons of safe water delivered to their taps.”