Home General Carl Reneau, 28, was committed for trial in the murder of Jaheem...
General

Carl Reneau, 28, was committed for trial in the murder of Jaheem Mahler, 15 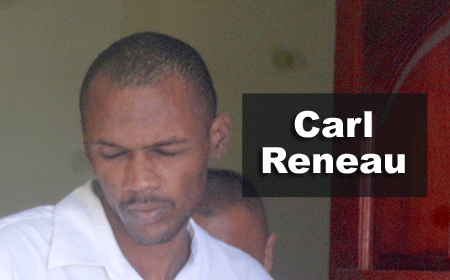 BELIZE CITY, Wed. Nov. 1, 2017–Carl Reneau, 28, charged with the murder of Jaheem Mahler, 15, was committed for trial in the January session of the Supreme Court at a preliminary inquiry that was held today in the court of Senior Magistrate Aretha Ford.

Reneau accepted a paper committal and the prosecution submitted 32 statements, 16 sets of photographs, 5 reports, 2 compact discs with footage, 4 chains of custody forms and a statement from Reneau, who was not represented by an attorney.

Mahler, a student of Gateway Youth Center, was shot and killed on January 18, 2017. He was riding his bicycle on Iguana Street Extension along with two others when his assailant shot him 8 times.

That was not Reneau’s first brush with the law. In 2008, he was charged with the attempted murder of Delroy Matura.

Then in 2009, he was accused of the murder of Brian Williams.

In 2013, he was charged in connection with the stabbing of two 15-year-old boys.

Facebook
Twitter
Pinterest
WhatsApp
Print
Previous articlePUP fight for amendment to infamous Maritime Areas Act
Next articleRIGHT TO THE POINT: Will hotels consent to the use of marijuana on their premises?