Two charged for embezzling $500,000 from Treasury 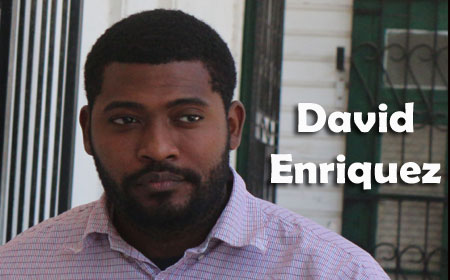 BELIZE CITY, Fri. Apr. 24, 2015–On April 7, 2015, Ministry of Finance officials discovered that approximately $500,000 had gone missing from the Treasury Department in Belize City. The announcement was made on Thursday, April 16, by no less than the Prime Minister, Hon. Dean Barrow, who was briefed earlier that week on the case of the missing monies by Financial Secretary Joseph Waight.

This morning police escorted Treasury Department second class clerk David Enriquez, 28, to the Belize City Magistrate’s Court to be arraigned on charges in connection with the missing money from the Government Treasury.

Enriquez appeared before Chief Magistrate Ann Marie Smith, who arraigned him on three counts of theft.

Due to the amount of money involved, Enriquez’s case will be heard on indictment; therefore, no plea was taken from him.

Citing that Enriquez might be a flight risk, the court prosecutor objected to bail being granted to him on that ground, and Chief Magistrate Smith upheld the objection and remanded Enriquez to the Belize Central Prison.

Court documents indicated that the first theft occurred on March 14, 2015 and involved the siphoning of $225,296, which was supposed to have been deposited in an account for the Toledo Community College. The money, however, was diverted and placed in an account for the Seine Bight Community Training Program in the Dangriga branch of the Belize Bank, from where it was withdrawn over a period of time.

Another check, also made out to Toledo Community College, was diverted and put in an account in the name of Octaviana Lopez of Magoon Street, Dangriga. And like the proceeds from the first check, this deposit was also withdrawn over a period of time.

Enriquez was also fingered in the diversion of funds amounting to $47,000.

Enriquez was represented by attorney Oscar Selgado, who is expected to seek his release through a Supreme Court bail application. Authorities have been tight-lipped about their investigation into the missing money from the Government Treasury Department and from a public relations standpoint, only the Prime Minister and the Financial Secretary have spoken to reporters about it.

Interestingly, Enriquez is only a second class clerk, and his functions are definitely supervised by officers who are senior to him.