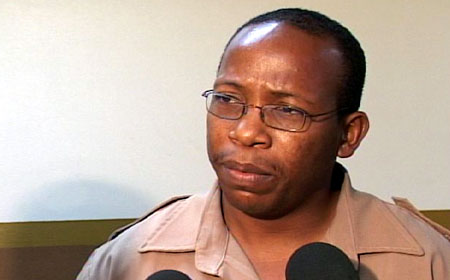 BELIZE CITY, Thurs. Mar. 17, 2016–The Southside section of the Police Department will be enforcing a new strategy tonight to help curb crime. Chester Williams, Assistant Commissioner of Police and Commanding Officer of Eastern Division, Southside Belize City, said that starting tonight, Thursday, March 17, children under 18 who are found in the streets after 9:00 p.m. without the supervision of a parent or guardian will be detained by police.

Williams is not calling it a curfew. He told Amandala that he is just enforcing the law, although he could not point to a specific law, except to quote the Family & Children’s Act, of the Substantive Laws of Belize.

According to Williams, these children will be detained and, referring to children who are taken into police custody tonight, he said, “their parents can pick them up tomorrow morning from the police.”

According to ACP Chester Williams, detaining children under 18 found on the streets after 9 p.m. will help mitigate crime

Williams pointed to the fact that minors have been arrested in connection with two of the most recent murders to have occurred in the city – that of Mario Trotman, 18, whose body was found on Tuesday morning in “The Dykes,” a canal located between Fabers Road and Jane Usher Boulevard, and that of Godfrey Hemsley, who was killed Wednesday night.

Williams thus reasoned that prohibiting unsupervised minors from being on the streets late at night will prevent gang members from using these minors to carry out their crimes. At the same time, it will keep the minors safe, since the streets of Belize are a dangerous place to be late at night, Williams said.

Williams insists that “Section 46 and Section 116” of the laws give the police the authority to take such drastic measures, and that as an agent of the state, the law makes provision for the police to act in the best interests of a child to ensure their protection.

Williams said that the children who are picked up will be taken to the police station and held in custody and when their parents can come the child would be handed over to the parent after the parent has given an explanation as to why their child was found in the streets after 9 p.m.

Williams said that they intend to partner with the Human Services Department to conduct this new initiative.

Amandala has not yet been able to review the Family & Children’s Act, the Substantive Laws of Belize to verify Williams’ claim that the law empowers him to arbitrarily institute such an action, which is a curfew regardless of the name he chooses to call it.