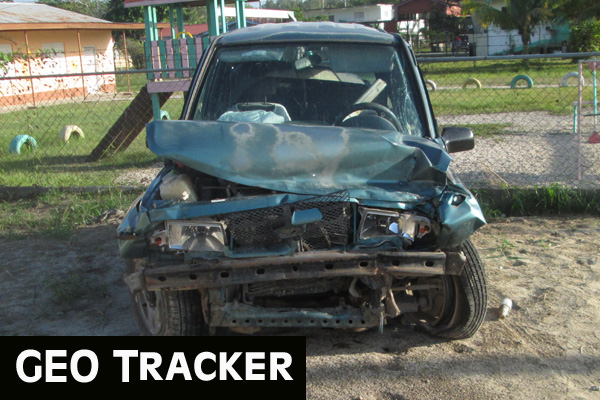 Two vehicles collided in the Mile 20 area of the Philip Goldson Highway and four people travelling in the vehicles suffered minor injuries.

An Isuzu Rodeo collided with a GEO Tracker. Police said that one of the vehicles drove onto the highway, colliding with the other vehicle in the oncoming traffic. The incident occurred about 5:30 Sunday evening.

Police investigation revealed that the Rodeo was traveling from Grace Bank to Sandhill and upon reaching the junction of Philip Goldson Highway and the Hattieville-Boom Road, made a left turn onto the Philip Goldson Highway and collided into the Geo Tracker which was travelling from Sandhill to Belize City. Both vehicles suffered damage to their front portions, and windshields.

Driving the Isuzu Rodeo was Michael Dawson, 53, a farmer of Grace Bank; he was travelling alone, and he suffered minor injuries.

Driving the GEO Prism at the time was Isaias Osorio, 49, a maintenance worker at Bowen and Bowen Company, residing at Belama Phase 2. Travelling with Osorio at the time were his wife, Dalila Osorio, 48, and their daughter, Briannie Osorio, 16. All three suffered minor injuries and were taken to the Karl Heusner Memorial Hospital, where they were treated and later released.

Police are still investigating the matter.