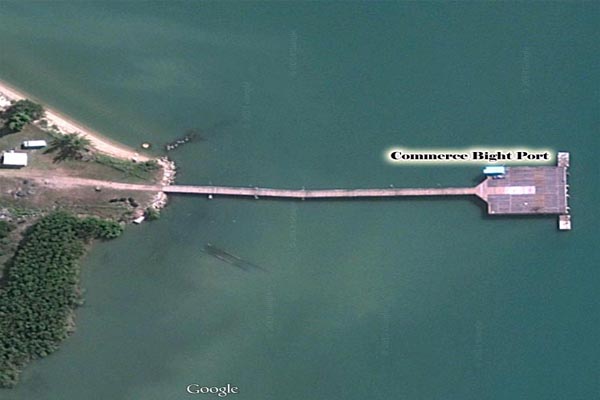 Minister of Works and Transport Rene Montero signed an order on August 15, 2013, revoking the lease granted to Port of Belize Limited, which then led to a move by the Barrow administration to assume immediate control of the Commerce Bight Port near Dangriga in the Stann Creek District.

We asked Prime Minister Dean Barrow whether he anticipates that the takeover would result in yet another chapter in the litigation warfare between his administration and the Ashcroft group, which had been holding the property as part of its receivership of Port of Belize Limited.

“As far as I am concerned, the position is quite clear and eminently justified by the facts, so we were absolutely within our legal right to cancel. Remember, this was only done after they first obtained an injunction and the injunction had been discharged. Even if they decide to go to court, in my view, they can’t win, but you have to ask them whether that’s their intention,” he added.

Arturo “Tux” Vasquez, the receiver, had told us at the time of the Government takeover that the door is now open for an injunction to be pursued again against the Government. The company is represented by Courtenay Coye LLP. Senior Counsel Eamon Courtenay, partner in the firm, told us this week that he has received no instruction so far to mount a legal challenge.

Government has signaled that the takeover had become necessary “due to the fact that there is an urgent need for the Port to be operable in order to meet the commercial needs of the country.”

It added that Government would be aggressively seeking international funding to upgrade the Commerce Bight Port to international standards.

According to Montero’s CEO, Errol Gentle, the port, which has a 500-ft pier, can be an alternate location for the exportation of bananas, papaya, citrus and maybe even petroleum, which now have to be transported to the Big Creek port. Gentle said that Commerce Bight will cut 30 miles from the journey, saving fuel and time.