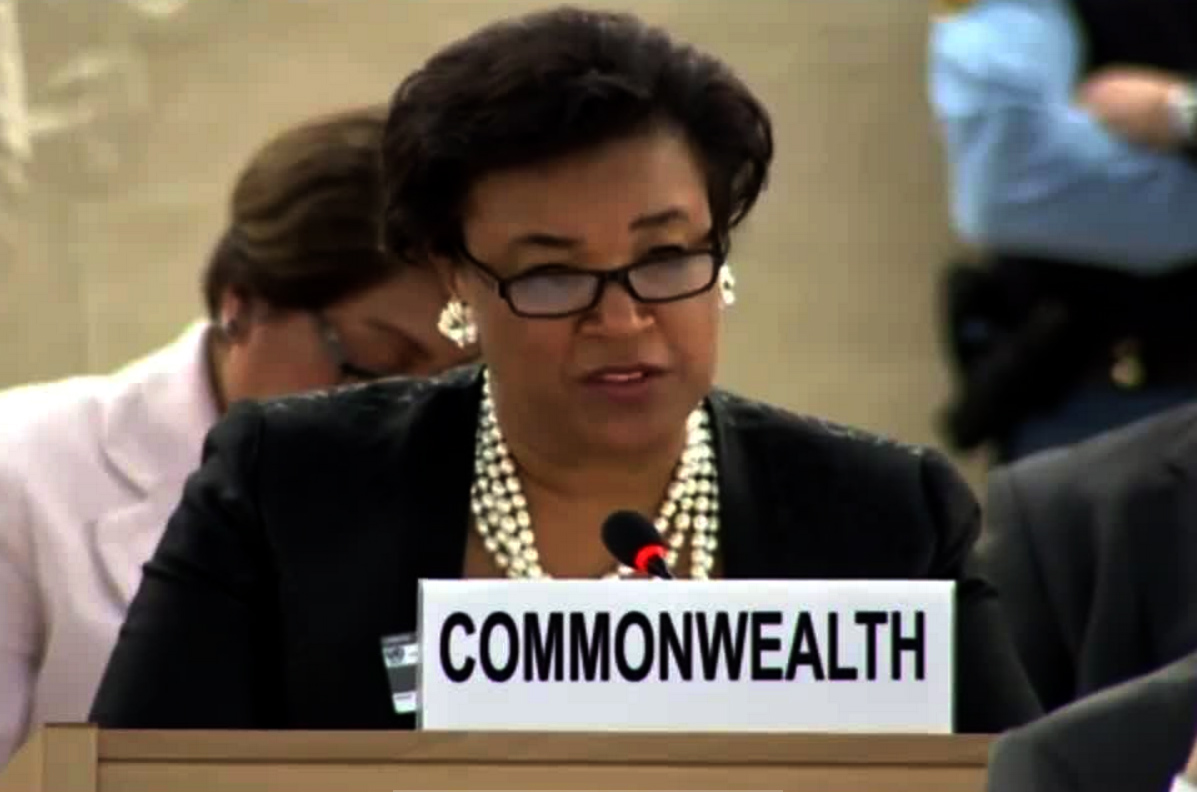 BELIZE CITY, Tues. May 3, 2016–Belizeans have “an inalienable right” to self-determination, independence and territorial integrity. This ‘rock solid’ principle is enshrined in a series of 5 consistent resolutions issued by the General Assembly of the United Nations (UN) from 1978 to 1980, the eve of our nation’s independence.

Today, 35 years after our independence and admission to the UN as a sovereign nation state, Belize continues to be the target of an unfounded territorial claim by Guatemala—which now claims to be exercising sovereignty over the Belize portion of the Sarstoon River while also refusing to recognize our western and southern borders with that country.

On Friday, even as the Government of Belize imposed new legislation to stop Belizeans from making a trek to the Sarstoon River in commemoration of the April 30, 1859 Boundary Treaty between Britain and Guatemala, in which Belize’s southern border is clearly defined to include the portion of the river north of the mid-channel, Baroness Patricia Scotland, the Secretary-General of the Commonwealth, 53 states, most of them former British colonies, emphasized that: “it’s clear that the integrity of and sovereignty of Belize is something which must be upheld.”

Speaking with journalists at a roundtable on Friday, Scotland acknowledged “the tensions and the worry and the anxiety that is now starting to arise as a result of recent incidents.”

“You know that the ACP [the 79 African, Caribbean and Pacific states] has just made a very clear declaration in relation of their position; and the Commonwealth’s position on the integrity and the sovereignty of Belize remains absolutely unchanged,” she asserted.

On April 21, 2016, Guatemala’s military announced that it was deploying 3,000 additional troops, including the Kaibiles, to the Belize border, following an incident in which a Guatemalan minor, 13, was killed. Whereas Guatemalan officials have insisted that it was a case of murder, Belizean officials have contended that the boy was killed when Belize Defence Force soldiers, who came under fire in a nighttime operation, shot back in self-defense. The matter is the subject of an investigation and a verification exercise by the Organization of American States (OAS).

Tensions between the two countries have been high since that shooting incident, with Guatemala recalling its ambassador “for consultation” and promising to lodge a complaint against Belize at the Inter-American Commission on Human Rights, an organ of the OAS.

The Barrow administration subsequently tried to dissuade the Belize Territorial Volunteers (BTV) from going ahead with its Sarstoon trip. Guatemalan officials had said that the trek by the BTV, who are an unarmed civilian group, to the border would be deemed an act of provocation against Guatemala. For its part, the BTV maintained that its intent was merely to peacefully commemorate the boundary treaty, signed 157 years ago, and it issued a declaration of peace and code of conduct to participants before the event.

Guatemala’s aggressive pushback of Belizeans at the Sarstoon has also been directed at Belize’s law enforcement personnel, leaving the area vulnerable to illegal fishing, illegal logging and even narco-trafficking said to be rampant in that zone. Many Belizeans at home and abroad believe that the stance taken by the Government of Belize, to bar Belizeans, if only temporarily for a month, from the Sarstoon, in response to the stance by Guatemala, compromises the country’s territorial integrity.

For its part, Guatemala has unilaterally repudiated that 1859 treaty, saying that it claims half of Belize but that it still reserves the right to claim the whole territory. Negotiations between the United Kingdom and Guatemala before Belize’s independence ended in stalemate, but the 1980 UN resolution said that “…the differences that exist between the United Kingdom and Guatemala do not in any way derogate from the inalienable right of Belize to self-determination, independence and territorial integrity…”

Back in 2008, Belize and Guatemala signed a special agreement to have the matter litigated at the International Court of Justice (ICJ) for a final and binding decision. However, no submission can be made to the ICJ if the electorates of the respective countries do not endorse this move via national referenda. The vote originally scheduled for October 6, 2013, has been indefinitely postponed.

The relationship between the parties, Belize on the one hand and Guatemala on the other, should be governed by a set of confidence building measures, which were supposed to establish an atmosphere of peace between the neighboring countries.

On Friday, Baroness Patricia Scotland said, “Belize has held fast to the agreement that was made and is trying to do all it can to de-escalate the tensions with their neighbors. One of the things we all know is that Guatemala will remain Belize’s neighbor now and in the future, so the sooner we can resolve these tensions, the better. The 1859 line is a line that has been maintained and will be maintained going forward.”

“There is a committee to deal particularly with the Belize-Guatemala issue, and there is an opportunity to call a committee meeting before September,” she told the press.

In a press statement issued today, Commonwealth announced that Commonwealth Scotland intends to call an urgent meeting of the ministerial committee on the Belize-Guatemala border dispute.

The Commonwealth Ministerial Committee on Belize is expected to meet months before their scheduled September forum to discuss recent troubling developments in the boundaries disagreement,” the release added.

The Commonwealth came into being in 1949. The territories controlled by the voluntary association of equal sovereign states in Africa, Asia, the Caribbean (joined by Canada in North America), Europe (including the United Kingdom) and the Pacific is home to 2.2 billion citizens, according to information published by the alliance. The Commonwealth includes some of the world’s largest, smallest, richest and poorest countries, spanning five regions. Although some of these countries became self-governing, they retained Britain’s monarch as Head of State, just as Belize did.

The 1980 UN resolution on the “Question of Belize,” called upon “the Government of the United Kingdom, as the responsible administering Power, to continue to ensure the security and the territorial integrity of Belize…”

The resolution called on the concerned parties—the UK, Guatemala and Belize—to respect the principle that the threat or the use of force should not be applied to prevent Belizeans from exercising their inalienable right to self-determination, independence and territorial integrity.

The full text of the November 11, 1980 resolution, which charges the UK and Guatemala to reach an agreement to their dispute over the 1859 treaty “without prejudice to the exercise by the people of Belize of their inalienable rights…” accompanies this article.

Facebook
Twitter
Pinterest
WhatsApp
Print
Previous articleLetter to the Editor: Let us organize a massive protest …
Next articleDarwin “Puppy” Leslie was huge in victory against his former team in game 1 of NEBL Finals