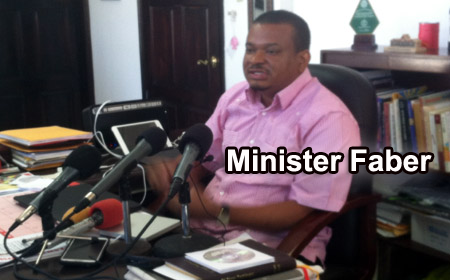 BELIZE CITY–Two million dollars from the PetroCaribe fund has reportedly been earmarked to enable high school students to pay for Caribbean Secondary Education Certificate (CSEC) examinations offered annually to high school graduates by the Caribbean Examination Council (CXC.) While the Government has promised to pay for up to 6 exams for needy students, the exclusion of hundreds of needy students from the program has apparently forced the Government to backpedal and extend it to “all who applied…,” eliminating a cumbersome appeals process that could have put several students past the CXC deadline, therefore undermining the program’s chief aim of alleviating financial hardships on families.

In fact, we know of scenarios where parents have been forced to borrow to pay for exams, because their child was not approved for the subsidy. Furthermore, some parents were told that they would not be reimbursed but that the monies would be applied as a credit towards graduation expenses, if indeed the Government agreed to foot the CXC bill for their child. Hopefully, these problems are mere teething pains which will not rear their ugly heads again next year, when the next batch of students prepare to sit their CXC’s.

In his March 2014 budget presentation, Prime Minister and Minister of Finance Dean Barrow had announced that “…we will absorb all fees annually for CXC exams up to six subjects, and we will do this for all students countrywide on a needs basis.”

Up until this morning, school managements were still uncertain about certain aspects of the subsidy program, and we understand that no formal correspondence had been sent from the Ministry of Education to inform them that the appeals process is now null and void. Some schools had sent students home with letters of appeal to ask the Ministry of Education to reconsider its assessment, under which they were disqualified for assistance.

This afternoon, Education Minister Patrick Faber called a press conference to discuss the subsidy program, and he cleared the air of controversy when he announced that all students who applied to be considered for the program will actually get up to 6 CXCs funded by the Government of Belize.

“Just to be crystal clear, it is up to six exams. In other words, if you’re taking one, that will be paid for; [if you are] taking 2, 3, 4, 5, 6 – it will be paid for. If you’re taking in excess of 6, the Government will pay for 6 for you and you will probably be responsible to pay for the difference,” Minister Faber explained.

Faber noted that this will provide thousands of students with a much needed stepping stone to either educational or career advancement. Three CXC passes are required for entry into the Government service, and 6 CXC’s for a tertiary level scholarship.

“If you pass the 6 CSEC subjects and I think we have a requirement that one must be English A, then you are entitled to a tuition scholarship at the junior college level,” Faber explained

He noted that while the tuition scholarship applies to the University of Belize (Belize’s public university), it does not apply to Galen University, which does not have an associate degree rate. So students who opt to attend Galen will receive a subsidy of $30 per credit hour as tuition scholarship.

Faber added that the Ministry of Education has been in an ongoing dialogue with schools, to eventually get them to reduce their fees. He said that they are hoping to implement a new financing program in 2016/2017, which would include a significant reduction in school fees and furthermore, the elimination of fees for students who demonstrate the need.

There are concerns, though, over family needs surveys being conducted by the Ministry of Education, which ask families to provide data on their financial situation, as well as details of their family members, in order to determine who can get aid. Some persons are skeptical of the Government’s motive for collecting the data.

We raised that issue with the Minister today, especially in light of the Government’s decision to give the CXC subsidy only to those who participated in the needs survey – whether the survey showed that they have the need for the subsidy or not.

As we pointed out in a previous article, the amount of students who had been qualified under the needs assessment regime was substantially lower than the poverty rate of Belize – which is over 40%.

Today, Faber said that 40% of students had actually participated in the survey, but 58% of them had been initially accepted. According to Faber, a little over 4,000 students applied for the subsidy.

They were allowed a chance to appeal, but now that the Government has decided to offer the subsidy to all those who participated in the needs assessment survey, the appeal process has been abandoned, he explained.

Faber said that those who, up to last Friday, had opted out of participating in the household survey, executed in collaboration with the Ministry of Human Development, could not benefit from the CXC subsidy.

Juan Vargas, CXC local registrar in the Ministry of Education’s Exam Unit, told Amandala that CXC’s deadline for the submission of exam registration is the end of December, and so the Ministry must receive all entries from high schools by Monday, December 15, 2014.