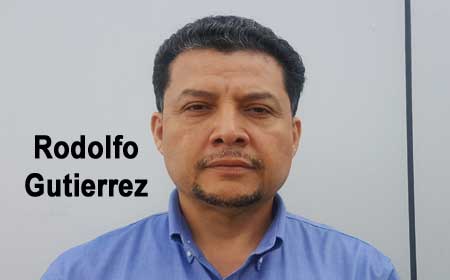 BELIZE CITY, Tues. June 13, 2017–Consumers in Belize and the rest of the Caribbean Community (CARICOM) will soon have access to a cutting-edge online platform where they can file complaints about dangerous or potentially harmful products, originating both within and outside of the region.

A press release from the CARICOM Secretariat issued on Monday, June 12, said that the CARREX Online Electronic Platform (which will be available online at www.carrex.caricom.org) is a public interface which will also provide alerts on dangerous non-food consumer goods on the market in all 15 CARICOM Member States.

Rodolfo Gutierrez, Consumer Protection Liaison Officer, at the Belize Bureau of Standards (BBS), has been a part of the cadre of Caribbean professionals which has been working with the CARICOM Secretariat in Guyana to help develop the novel online electronic platform.

As the national contact point in Belize for the CARICOM Rapid Exchange System for Dangerous Non-food Consumer Goods (CARREX), Gutierrez has been involved in the process well before its finalization. He said that goods that would be covered by this reporting system exclude food and pharmaceutical items, which are already covered by agencies that police the safety of products within those categories.

For example, in the case of the recent scare with Brazilian corned beef, widely available on shelves across CARICOM, including in Belize, national agencies were quickly able to address the matter and get the information out to consumers. In the case of Belize, the Belize Agricultural Health Authority and the Ministry of Health issued public alerts and moved to impose a temporary ban of shipments to Belize, while produce in storage was quarantined for investigation.

As the laws now stand in Belize, there is very little current legislation to address problems, with non-food goods, although food safety protocols have been given high priority.

Recently, there were consumer complaints about electrical fans which posed a fire/shock hazard to consumers. Other concerns could be lead-laced toys probably originating out of China. Reports of unsafe non-food goods available on the Belize market have been minimal to non-existent in Belize, Gutierrez told us, when we queried.

Under the new electronic reporting system, complaints would have to be evaluated and validated by the national contact point, after which a decision would be taken on whether they should be reported to CARICOM, which would, in turn, share the information with member states. Member states would indicate if the reported product has been seen in their jurisdiction. The level of risk involved would determine the action which member states would be expected to take to address consumer concerns, and the urgency of the actions needed.

According to Gutierrez, since 2012, Belize has been working on its consumer protection legislation, which would better enable enforcement. CARREX is embedded in the legislation, he said.

“It is a beautiful platform in terms of what you can do,” said Gutierrez.

He informed us that the European Union has a system called RAPEX (Rapid Exchange Information System). They have also been working with the Organization of American States to link with other consumer alert systems.

The CARREX system, developed out of a meeting with consumer representatives dating back to 2010, was developed in response to concerns expressed over the years over the need to protect consumers from unsafe products, whether produced in or imported into CARICOM.

Gutierrez also informed us that the Belize Bureau of Standards (the agency responsible for consumer affairs in Belize) will in the next few months embark on work to establish its own CARREX National Networks, which will include awareness sessions and training for all authorities/partners/stakeholders involved in this process.