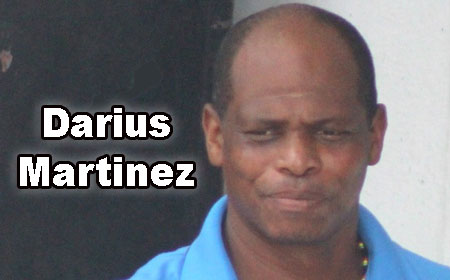 BELIZE CITY–A police corporal who was convicted of attempting to corrupt a public officer and who was sentenced to 18 months in prison was released on bail today after his attorney secured a stay of execution and obtained bail from the Supreme Court.

Darius Martinez, the interdicted police officer, has served only six weeks of his prison sentence because his attorney, Anthony Sylvestre, successfully argued that the likelihood was great that Martinez would serve the 18-month sentence before his appeal is heard.

After more than one hour of arguments, Supreme Court Justice Herbert Lord granted the stay of execution and offered bail to Martinez in the sum of $6,000 plus one surety of the same amount or two sureties of $3,000 each.

The condition that Justice Lord imposed on Martinez is that he is to surrender all travel documents and he is to report to the Dangriga police station twice per week, on Mondays and Fridays.

On September 30, 2014, Martinez was convicted of attempting to corrupt a public officer when his case concluded before Chief Magistrate Ann Marie Smith, who sentenced him to 18 months in prison.

According to the evidence presented at the trial, WPC Stacy Smith, who is attached to the Gang Suppression Unit, reported to her superior that in May 2012, Martinez had called her and offered her money to keep an eye out for the GSU operations against the U.S. antivirus software pioneer John McAfee.

WPC Smith also alleged that Martinez had approached her to see if she could assist him in taking care of a female who was detained.

Martinez, Smith further alleged, Martinez was trying to get information about a diary that the police had confiscated from McAfee’s home.

Martinez had called Smith on her cellphone and she recorded the conversation, during which he asked her if she wanted to make some money. Martinez, however, was careful and told Smith that he was not asking her to do anything illegal.