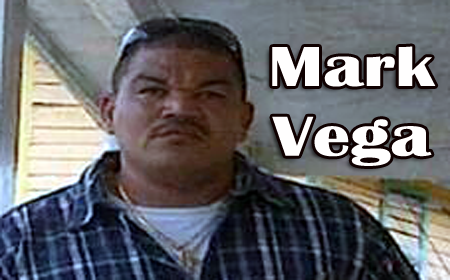 BELIZE CITY–An Orange Walk man who was convicted of two counts of rape, kidnapping, unnatural crime and is serving a 13-year prison sentence was acquitted of a murder indictment in the Orange Walk Session of the Supreme Court late Thursday evening, January 15, after a jury of 7 women and 5 men deliberated for four and a half hours before returning a unanimous not guilty verdict.

In 2005, Mark Vega, 39 and Luis Urbina were tried in the Belize City Supreme Court for the June 2002 murder of Susana Pethkau.

Urbina was acquitted of the murder charge, but the jury was hung on its verdict for Vega, leading to a new trial. This time, the trial was held in the Orange Walk Supreme Court before Justice Herbert Lord. Vega was defended by attorney Bryan Neal.

The trial, which began in early November, took about two and a half months, setting a record for a Supreme Court trial.

Neal told Amandala today, Monday, that the trial was delayed due to illness affecting the judge, some members of the jury and “even myself.”

The Crown’s evidence was led by Crown Counsel Maharaj Sabitha, who called nine witnesses to testify.

The principal evidence against Vega, however, was a statement from the victim’s husband, Enrique Pethkau, who was present when his wife was shot and killed. Pethkau has since died in a traffic accident.

In his defense, Vega gave sworn testimony and was cross-examined. He was able to convince the jury that he was not at the scene of the murder. He maintained that he was elsewhere on Fairweather Street when the murder occurred.

In addition to that, Neal said there was an irregular police identification parade and that must have played a role in creating doubt in the minds of the jury that led them to their unanimous not guilty verdict.

The murder of Susana Pethkau occurred on the afternoon of June 13, 2002, while she was accompanying her husband to their farm to feed their cows.

Enrique Pethkau reported to police that he and his wife were travelling in their van, and when they reached near Trinidad Village they saw three men walking on the road. One of the men held up his hand as if asking for a ride, but Pethkau did not stop; he only gestured to the men that he was not going very far.

Pethkau described to police how he fed his cows molasses and before he had finished, the men whom he had passed on the road stopped by his property.

One of them pulled out a silver-colored handgun and fired one shot in his direction, but the shot missed him. The three men eventually took control of the couple’s van and drove off with them lying on the floor of the vehicle.

Eventually they shot Susana and Enrique and left them for dead. Enrique, however, survived his injuries and lived to tell the tale of terror.

The terror that was unleashed on the unsuspecting couple did not stop there. Another couple was subjected to their violence. Jacob Rancharan and a female friend were sitting in a parked vehicle along Corozal Bay when the men struck again. They switched vehicles and got into Rancharan’s Chevy Blazer and made off with the two. Before the night was over, they robbed Jasmine Restaurant, and took Rancharan and his female friend to an area by the People’s Stadium, where they gang-raped the woman.

Vega and Luis Urbina were convicted of rape, kidnapping and an unnatural crime when the case was heard in the Supreme Court of Justice Adolph Lucas, in April 2004. Lucas sentenced them to thirteen years in prison. Urbina was sentenced to an additional four years because he was also convicted of escape from lawful custody.