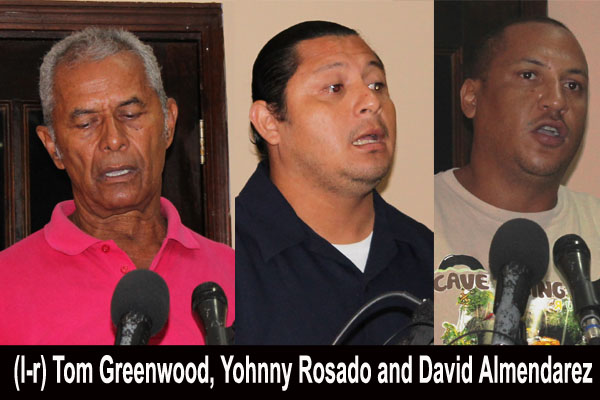 BELIZE CITY–There is some good news coming out of the cruise tourism industry today after the Institute of Archeology, a subsidiary of the National Institute of Culture and History (NICH), issued an official notice which advised all tour operators, tour guides and the general public that an amnesty has been granted for the 48-inch height requirement for children to enter caves for cave-tubing, until December 31, 2014.

The announcement was made after tour operators, primarily from the Federation for Cruise Tourism in Belize (FECTAB), lashed out at NICH and its director, Diane Haylock, over rules that, according to FECTAB, were not only detrimental to their business, but were also being implemented without the benefit of consultation.

The rules were laid out in a new policy handbook that NICH put out, known as the Health and Safety Policy Manual for Archaeological Sites — dated July 2014 — which detailed proposed requirements for cave-tubing safety, one of which stipulated that all children who go cave-tubing must be at least four feet tall, or 48 inches in height.

FECTAB claimed that even though they had been keeping a low profile to look after their business interests in an ever competitive industry, they were compelled to bring the matter to the forefront because cave tours have plummeted significantly since the regulations were put in place.

That was done at a press conference which was held at the Radisson Fort George Hotel in Belize City last Friday, November 7, at which FECTAB members fumed at the prospect of being driven out of business, and subsequently made a public appeal to the relevant authorities to “repeal the book immediately,” because the new regulations have hit their bottom line.

It turns out that a meeting was scheduled to be held this past Monday, November 10, between the two parties in order to sort out the problem, and although we gathered that there were mixed feelings at the end of that session, yesterday, Tuesday, Tom Greenwood, the president of FECTAB, described it as “successful”.

He said, “We came to the table and some of us [from FECTAB] were [understandably] hot under the collar, but we vented the issues that were causing deep concern and other issues as well, and in the end after really getting after each other, and FECTAB pointing out a number of anomalies, we all came to the conclusion that yes, there were certain things that could have happened better.”

Greenwood mentioned that the meeting with the officials of NICH and the Belize Tourism Board (BTB) ended with NICH’s director pledging to find a solution “with extreme urgency,” since she “saw the issues and felt their pain” in that regard.

With that matter now cleared up, one other issue remains concerning an agreement NICH allegedly entered with a foreign company called Dark Knight Cave Tubing Adventures, which supposedly enjoys competitive advantages over the other local companies via unrestricted access to a cave system at the Nohoch Che’en Archaeological Site in Frank’s Eddie Village, Cayo District.

FECTAB alleged that Dark Knight was granted an exclusive 75-year agreement which allows them to take any amount of tourists into the site without having to pay the BZ$10 head tax, while local guides are restricted to 8 tourists and must pay the fee.

On Monday, however, NICH released a statement which said that “The National Institute of Culture and History is appalled by the blatantly defamatory accusations made against our Institution last Friday by members of FECTAB at a press conference. NICH denies categorically the accusation that it has entered into a 75-year agreement with Dark Knight Cave Tubing Adventures Ltd. for the management or operation of some caves.”

“An agreement with the company for Cave Tubing was signed on the 5th September, 2014 for a three-year period. The entrance fee for visitors to the locale is $10.00 per person. This is the same as charged at Nohoch Che’en…. There have always been rules and regulations specific to caves for safety and security reasons — those rules and regulations along with others related to all archaeological sites were incorporated into legislation and signed on the 27th of May 2014. These standards were incorporated after an extensive consultation process beginning a year earlier in 2013″, it went on to state.

After all those hard words, both sides had a meeting that evening at the BTB office on Regent Street to try to settle the differences, and that ended with some tour operators storming out after they were reportedly informed during the meeting that the contractual arrangement with Dark Night, for use of an adjacent cave system, was not up for discussion.