Home General Cop who refused to pay for food charged with aggravated assault with...
General 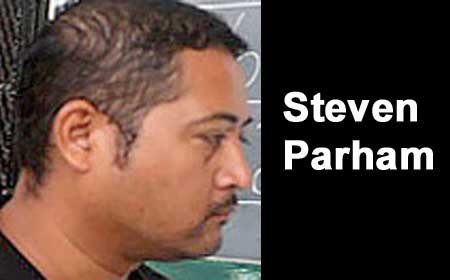 BELIZE CITY, Fri. Sept. 29, 2017–Corporal Steven Parham, 39, one of three officers who allegedly refused to pay for chow mein they ordered from New Asia Restaurant, was charged with aggravated assault with a firearm and discharging a firearm in public when he appeared today before Magistrate Michelle Trapp.

Parham pleaded not guilty to the charges.

Because the offences were committed with a firearm, the court could not offer him bail. He was remanded into custody until November 22.

The incident occurred around 9:30 p.m. on Tuesday, September 26. The allegation is that Parham and two constables went to the Chinese restaurant, which is located on Vernon Street near Conch Shell Bay Fish Market, and wanted to leave without paying for their food.

However, only one person, Christine Gentle, gave a statement to the police. As a result, Parham was charged with aggravated assault on Gentle.

It is alleged by police that after Parham left the restaurant, he discharged his firearm on Youth for the Future Drive. The other officers were not charged, but they reportedly face disciplinary action by the Police Department.

Laws of Belize to be published online

BELIZE CITY, Fri. Dec. 3, 2021-- On Friday, a Bill to amend the Law Revision Act was introduced during a meeting of the House...
Read more
- Advertisment -