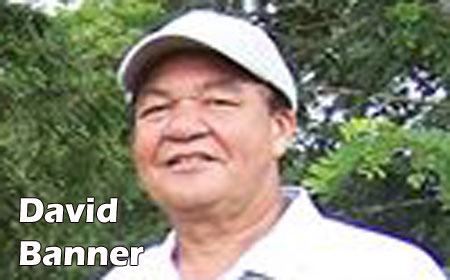 BELIZE CITY–On Sunday last, me, my wife and family went to the beautiful village of Lemonal to attend a well put together double birthday fun time for two beautiful girls, Dawn and Breena Banner, both sisters. On our way, a question was asked, who were the first settlers of Lemonal? I must say that I am not too well informed of this. I was informed some time ago that a Scottish man had paddled up the Spanish Creek, went to a village named after a lady, De Dolores, where there was a Mayan settlement. This man’s name was Francis Banner. This village is now Rancho Dolores. Mr. Banner, I understand, took this lady and brought her to live with him at what is now Lemonal.

As I said, I do not know the history of this village; but I will try to get more information from the archives for educational purposes. What I do know is that, aside from some of the best cricketers (They are the reigning champions – Easy Does It), Lemonal produces many persons, including many priests, that are shining brightly in society. There are teachers (educators), magistrates, police officers, contractors for home buildings, farmers and an attorney newly called to the Bar, etc.

One such man of the soil is David Banner. He served in the Belize Police Department for some years, stationed in various villages. He was a very good bowler; he was respected by many batsmen. He played for Surprise of Lemonal, and Summer Fever of Bermudian Landing; also, when stationed in Crooked Tree as a police officer, he played for Brilliant. He had always dreamed of one day owning a piece of land and raising cattle. Staying in the Police Department would take years to realize his dreams, and he was too honest a man to try and get a “fast raise,” so he migrated to the States to try and go for his dreams. 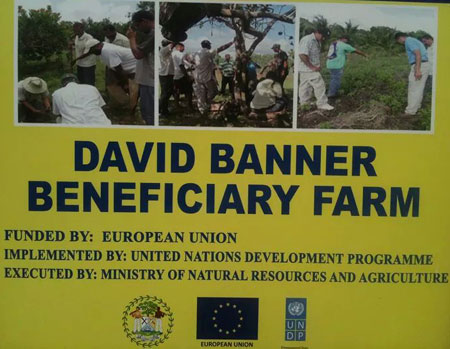 There he started working (will not get into what job he was at). While working, he started to prepare himself for his dreams. He took online classes when he was off duty. He bought books and started studying. The courses he was taking were for cattle raising and farming. He has sacrificed so much of his free time to live his ambitions.

After retirement in the USA, he came back home to start living his dreams. I must mention that while he was there he made trips occasionally. He bought a piece of land in Isabella Bank and started development. At present, he is the proud owner of cows, pigs, horses and fowls. He is now a full time rancher. Although he has been successful, he is not boastful in any way. He is a tall man, big and very humble. He will always take time off to speak to anyone about the way forward in raising cattle.

On our way back to the city, we went to his home to get something from his wife, Marcia, who is a backbone in his efforts. At the gate I noticed a sign (inset). The officials from the different organizations had learnt about this rancher and made an official visit to his ranch. After checks were made on the land and his animals, they decided that they will use this man’s knowledge and experience to boost others in the river valley in the best way in cattle raising. He will have the privilege to teach others in the most productive ways.

There is a lot more about this gentleman that could be mentioned, but this essay is to show what hard work and dedication could produce. You all who are interested, you can visit him and learn more. He will only be too glad to help.

Bra Dave, I openly congratulate you in your endeavours, and may God continue to bless you in doing good. I know your entire family are very proud of you.