Home General They came on a cruise, and they are now in jail
General

They came on a cruise, and they are now in jail 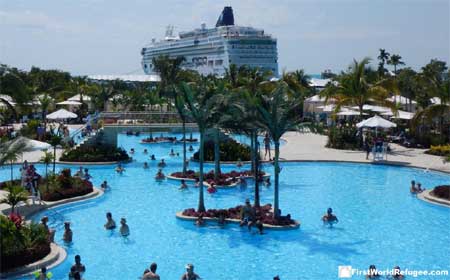 HARVEST CAYE, Stann Creek District, Tues. June 20, 2017–At about 8:45 Tuesday morning, the cruise tour of three men from the West Indies who came to Belize to tour Harvest Caye on-board the cruise ship, the Norwegian Escape, was terminated in Harvest Caye.

Derson Frank, of St. Vincent; Renaldo Kerron Roberts, of St. Vincent; and Jamal Nathus Celise, of St. Lucia, were arrested and charged with two counts of drug trafficking after the ship’s authorities found over two kilos of cocaine in the room they were occupying.

On Wednesday, they were taken to the Independence Magistrate’s Court, where they were arraigned and remanded to the Belize Central Prison until August 30.

The security officers on the ship told police that while conducting a routine inspection of the ship when it docked at Harvest Caye, they found the drugs in the cabin. The three men were then handed over to Placencia police to be dealt with.