The curious case of BIL 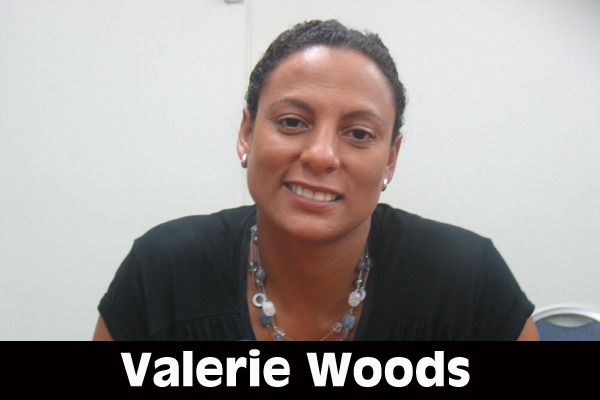 Prime Minister Barrow on October 18th 2017 held a press conference in an attempt to rid his government once again of another major scandal. This time it was the $8 million contract to Gaspar Vega’s nephew for the reconstruction of Faber’s Road on the southside of Belize City.

At the Prime Minister’s press conference on Fabers Road, questions were not only limited to the topic of Faber’s Road. Some questions were also raised about the completed Lake Independence Boulevard in Belize City.

The Lake Independence Boulevard is that section of road in Belize between Chetumal Street Bridge and the George Price Highway. The project’s engineer and the Prime Minister of Belize admitted that the road is a failure and will continue to be one. They disclosed that Belize Infrastructure Limited (BIL) did not follow the design and recommendations of the engineer.

Why was the project passed over to BIL? BIL is a government-owned private company that was incorporated on February 27th 2013. According to the Prime Minister at the press conference, BIL’s board of directors is co-chaired by Minister of Works, Rene Montero. The other chair is his Deputy and Minister of Education, Patrick Faber. The Articles of Association of BIL lists its first objective as “to act as a public sector agency of the Government of Belize to undertake the design, construction and management of capital projects in Belize with particular emphasis on sporting and other multi-purpose facilities.” This begs the question, why would the Government of Belize give the responsibility of a major road project to a company that was established only 4 years ago and whose main purpose was to focus on sporting facilities?

Oh what a tangled web is weaved. It also begs the question, having been given that responsibility, why would BIL’s General Manager and Board of Directors ignore the design and recommendation of the engineers, the same engineers whose technical competence the Prime Minister now stands fully behind for his $8 million Faber’s Road project? Here, it should be noted that the Belize Chamber of Commerce and Industry also sits on BIL’s board along with other government officials.

Therefore, it further raises more questions if the Board unanimously approved BIL’s execution of this road project even though it falls outside of their primary objectives; and did the BCCI also sanction this, given its strong stand on transparency and accountability? With the revelation that this was a major disaster under BIL, what now will the Board do to rectify the situation?

Instead of addressing the question of BIL, the Prime Minister, absolving himself of any responsibility for this government-owned company, directed the media to the General Manager of BIL, Christy Maestre, who he says will have to account for the failure of this road. When interviewed by telephone on 7News, Ms. Maestre is saying it is a team effort and so the blame is not only hers or BIL to bear and that the Ministry of Works has some responsibility. She further stated it is a learning experience for everyone. Amazing. Taxpayers’ monies have been wasted by the admission of the Prime Minister and now the failure to be corrected requires the road to be done all over in the manner that the original engineer recommended and designed. Is this to be accepted as just another day and another learning experiment? This is glaringly scandalous and outrageous.

And there are more questions. Who will pay for this colossal failure of Lake Independence Boulevard? Standard practice dictates that the contractor should fix it. But if the contractor, RJB Construction, did the works that were authorized by BIL, will they redo at no cost? And BIL, a state-owned company, is financed through taxpayers’ monies, so can it really pay for any correction on its own or will it be the Belizean people who will be paying for BIL’s failures?

The fact is that BIL, like the Ministry of Works, does not apply transparency and accountability to the many projects it has been given vast power to execute. This has been raised many times in the Senate due to the increasing requests for supplementary budgets to cover BIL’s expenses and over-runs with no audit of the expenses. The result is that the senators may have their say, but the government will have its way. Many of these projects are millions of dollars and do not follow the Finance and Audit Reform Act procedures. Several of them have had criticism of their quality and value for money. One glaring example of this is the $5 million stadium in Benque Viejo which has been abandoned by the contractor. To continue the works, another couple of millions of dollars will likely be invested and it will be another curious case for who will be awarded the contract.

It is time to revisit the real need and purpose for a BIL, an entity that has spent millions since its establishment with no audits presented to the public, even though it is taxpayers’ monies being spent. With so many projects under the Ministry of Works and BIL that lack transparency and accountability and with the admission of the massive failure of Lake Independence Boulevard, it is also time for a serious inquiry into the Ministry of Works and BIL.

Facebook
Twitter
Pinterest
WhatsApp
Print
Previous articleGOB and BBL case on $33 million UHS debt being heard at the CCJ
Next articleConvicted murderer diagnosed with schizophrenia, awaiting decision on his appeal