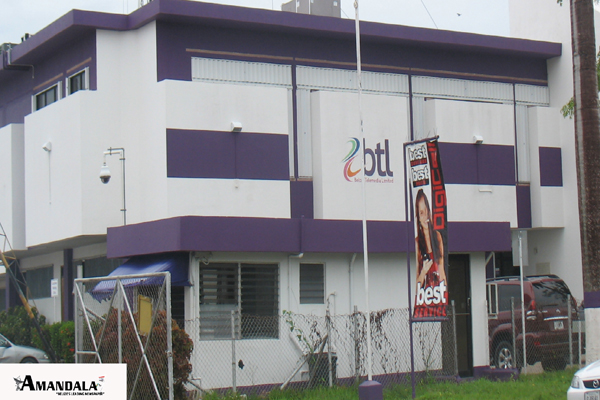 BELIZE CITY, Wed. June 21, 2017–It was with much fanfare that Belize Telemedia Limited (BTL) switched on its new 4G LTE network last December. The new network was supposed to have ushered in a new, faster, and much improved telecommunications experience for its customers. That has not been the case, and the new BTL network has been a continuing nightmare for BTL’s customers.

One customer told Amandala that her texting has been problematic: sometimes the texts reached the recipient as late as three days later. She berated her friend, asking “why doesn’t she answer her texts,” but the friend’s phone records showed that she had not received any texts from that person during that period.

Then there is a problem with making calls. A disgruntled customer has told us that she has called a business person more than once, but received no reply. When she met the person and questioned him, he said that he had not received any calls, and produced his phone to show her that indeed, no calls had been recorded on it.

In one office which operates using the prepaid system, the workers, for at least three weeks now, have had to use the direct line in another office, causing major inconvenience for that business.

Even for food vendors, there have been difficulties, because orders for food are not successfully transmitted, leading to misunderstandings. The customers, until they learn differently, have been coming to the conclusion that the food vendor isn’t paying them any attention, and that is why their food has not been delivered.

This morning, the Two Cents Cam segment of KREM Radio/TV’s Wake Up Belize Morning Vibes (WUB) show featured responses of members of the public to enquiries about how they have been faring in the use of the services provided by the country’s two telecommunications providers, BTL and Speednet (Smart).

A majority of the persons who answered the Two Cents questions reported having issues with BTL and the service that it is providing on its network.
In network parlance, 4G is an acronym which means “fourth generation” and LTE stands for “Long Term Evolution”; this network was first used in Oslo, Norway in December of 2009.

Stanford explained that about one month ago, BTL launched its new billing system, and because of the “growing pains” of the new system,” BTL’s team came together to address those issues.

“We have rectified some of them,” Stanford said.

“You have blamed the problems of your network on the new billing system, but your network had been having problems from the time it was launched. What kind of training have your technicians had to operate this network?” Amandala asked Stanford.

Stanford replied that when BTL launched its network “our [BTL] technicians had a vast training in LTE to offer to our [BTL’s] customers.”

KREM reporter Orson Picart asked Stanford if users of any of the other phones have reported having difficulties with the network.

Stanford said that no major difficulties have been faced by users of android devices, but Apple is different, because of some of its distinct security features. “That was the only one that we foresee there would be issues with, and we made sure our customers were told”, she said.

Picart asked Stanford if she could give a timeline, more or less, for when the quirks would be worked out.

Amandala pointed out to Stanford that the WhatsApp, Viber and other Voice Over Internet Protocol (VOIP) services are unreliable, because calls using these VOIP apps are constantly dropped.

Aha, this world, this world, my, it is reported that the lawyers who led the charge to freedom from the closet have now been...
Read more
Features

In mid-October the Belize Commission: Initiative for Justice and Reparations (BCIJR), called on Belizeans of all oppressed backgrounds to gather at the Belmopan Convention...
Read more
Features

FROM BELIZE, WITH LOVE!

Who ignores history, repeats its mistakes. So Mr. Faber has engineered the appointment of two Gender Policy advocates to be judges of the Supreme...
Read more
- Advertisment -