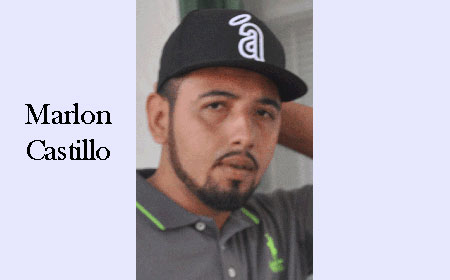 BELIZE CITY, Fri. Oct. 21, 2016–Today was set as the mitigation and sentencing day for cyclist Marlon Castillo, who has been indicted, on manslaughter by negligence charge, but pleaded guilty to the lesser charge of causing death by careless conduct in respect of the road traffic accident in May 2011 that caused the death of his childhood friend, Ariel Rosado.

Rosado’s father and mother, Dr. Alvaro Rosado and Dr. Dorla Rosado, were in the Supreme Court of Justice Adolph Lucas.

Dr. Rosado continued: “We have discussed this matter with the mother of Ariel’s only child, and we are of the opinion that Ariel’s death was the result of an unfortunate accident largely due to vehicular malfunction. We therefore lend our support to the mitigation plea for leniency.”

“We believe that the defendant has suffered and will continue to suffer for his role in this unfortunate accident,” she further said.

Dr. Rosado went on, “We see no useful purpose to be served by adding to the punishment that the defendant has gone through and will no doubt continue to go through in the future.”

Ending on a poetic note, Dr. Rosado told the court, “We are convinced—in the words from Portia in The Merchant of Venice—that: “the quality of mercy is not strain’d, it is twice blest; it blesseth him that gives and him that takes.” “We therefore ask the court to exercise abundant leniency in passing sentence on the defendant. The family is not asking for any compensation in this matter.”

Justice Lucas, in handing down his sentence, told Castillo that he would not impose a stiff penalty on him, because the mitigating factors outweighed the aggravating factors in his personal circumstances.

Castillo has until the end of December 2016 to pay the remaining $3,000 balance.

Justice Lucas also ordered Castillo to pay $8,000 compensation into the estate of Ariel Rosado for his 11-year-old daughter.

If he defaults on paying the court fine, he will have to spend one year in prison.

In May 2011, Ariel Rosado was traveling in a late model Toyota Tundra pickup truck that was being driven by Castillo, who was traveling at high speed when he lost control of the truck, which collided into a cement fence at the roundabout between Miles 1 and 2 on the Philip Goldson Highway.

Rosado died on impact. A “sticking” accelerator was blamed for the accident.