Deon Bruce to be extradited 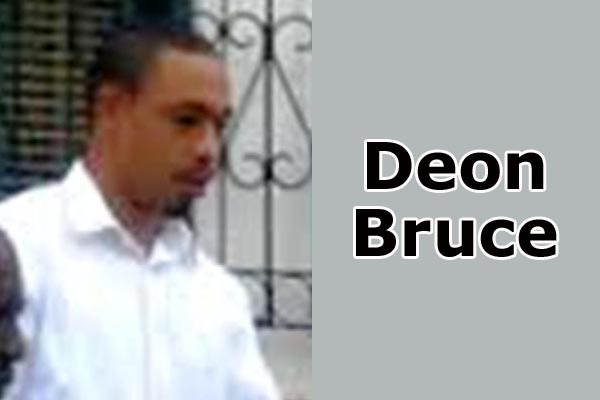 Bruce must appeal the decision within 15 days

While businessman Rhett fuller was fortunate enough to beat extradition charges just yesterday after 15 years in and out of court, 28-year-old Deon Bruce – who is also wanted for murder by US authorities – did not share the same fate.

Today, Chief Magistrate Ann Marie Smith “threw the book” at Bruce and ruled that he should be extradited to the United States to face charges of not only murder, but also attempted murder, aggravated battery, and firearm possession.

Bruce is wanted by Cook County Circuit Court, based in Chicago, Illinois, for the shooting death of Aaron Carter after an argument escalated and a pint bottle was thrown at Bruce’s vehicle. It is reported that Bruce allegedly stopped, pulled a firearm from the trunk of his vehicle and fired at Carter and a companion, Bryan Rodgers, fatally injuring Carter. The incident reportedly happened on July 28, 2010.

Last December, his attorney, Godfrey Smith, S.C., submitted arguments on behalf of Bruce and today, after deliberating for approximately one month, the Chief Magistrate decided that he should be sent to the US to face the charges.

In July of last year, Deon Bruce was arrested by Belize City police and held in detention at the Queen Street Precinct pending what his family believed would have been a summary extradition to the United States.

Since then he has been held at the Belize Central Prison, where he joined several inmates who were also fighting extradition for various crimes.

Attorney Smith says he will meet with the family next week to decide whether they will appeal the decision.