Doctors give up on Ronald Rivers at the KHMH 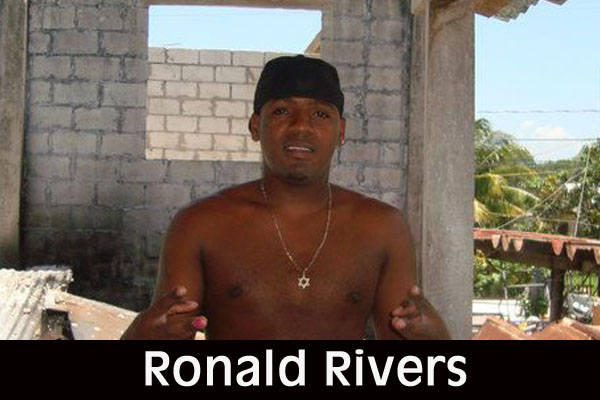 He is no longer breathing, and nothing more can be done for him

After fighting for his life at the Intensive Care Unit at the Karl Heusner Memorial Hospital for 10 days, Ronald Rivers, 28, has been given up by doctors. He will be declared dead as soon as he is disconnected from the Intensive Care Machine that is breathing for him, and that is expected to be any day now.

His family says that nothing more can be done for him. His two lungs and kidneys have collapsed, half of his skull taken away to release the swelling in his brain: he suffered two massive strokes, he is suffering from pneumonia, he remains in a coma, and he is no longer breathing. The announcement was made today by his brother.

His brother told Amandala that he is being kept on the machine to prepare the family for the reality of his death when he is disconnected. Doctors caution that people don’t survive such conditions, and if they do, they would not be the same and would be paralyzed.

Rivers was a member of the Belize National Basketball Team, but he was shot in his face at the Uno Gas Station at the corner of Vernon Street and Youth For the Future Drive by a gunman who rode up on a bicycle at about 10:00 a.m. on Monday, March 4. Rivers was repairing his vehicle at the time.

The shooter was captured by police in the Johnson Street area, with the gun, and has been given a 5-year jail sentence for gun possession. He will be brought back to court to be charged with murder for the death of Rivers.

Rivers was rushed to the KHMH, where he was admitted to the Intensive Care Unit and was battling for his life since. He had been given a 15% chance of survival; his brother told reporters that he had to have surgery because he was not getting oxygen to his brain due to the swelling on his neck. The interruption of the oxygen supply to his brain caused him to suffer a severe stroke. The doctors were waiting to see if the swelling in the brain would go down after he suffered the stroke, said his brother.

Those who know him said that Rivers was kind and friendly and love to give jokes. He was an excellent basketball player, and was generous and helpful to the youth in the area.

The family, however, is seeking public assistance to help pay the huge medical bills that have accumulated at $500 per day. Monetary donations can be sent to the Holy Redeemer account number 51621.

Also the family will conduct a fundraising barbeque sale to be held on Antelope Street at Horse and Carriage from 9:30 a.m. to 4:00 p.m. on Friday, March 15.