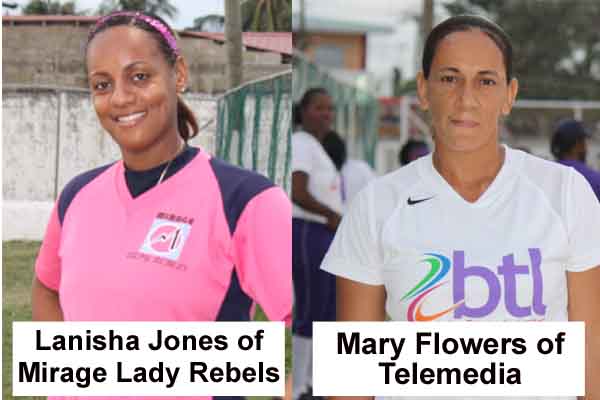 Well, one would say that the Lady Rebels team, after losing all games to BTL in the regular season, and in the recent Nationals, had no chance in the City Finals. Not so on Friday, August 31, when in Game 1 the Lady Rebels came out with blood in their eyes, hitting BTL ace Mary Flowers all over the field. Every Rebels batter had her way with Flowers; and, on the other hand, Lady Rebels pitcher Lanisha Jones controlled the Telemedia girls, including Norecia Frazer, and allowed them 10 runs only.

BTL head coach Raymond Lashley, after seeing and can’t taking anymore, was forced to go to his helper, (relief pitcher) Elaine Humes, who did not do much in helping herself or Mary Flowers. Lady Rebels made it known to Telemedia that they did not leave town, but are here to stay. The Mirage Lady Rebels defeated Telemedia, 17 runs to 10 runs. The losing pitcher was Mary Flowers, and the winning pitcher was Lanisha Jones.

In Game 2 on Wednesday, September 5, the two teams faced off again, and Mary Flowers did not get as much of a beating this time; but Gregory Moguel’s Lady Rebels continued their winning streak and took Game 2. Lady Rebels defeated Telemedia, 6 to 5. The losing pitcher was again Mary Flowers, and the winning pitcher was Lanisha Jones.

(Ed. Note: Can the unthinkable happen? Can Mirage Lady Rebels beat Telemedia 3 straight and take the championship; or will Telemedia weather the storm and come back strong to extend what would become a really exciting City championship series? You can’t miss this one!)