Another dummy bomb found in Carmelita 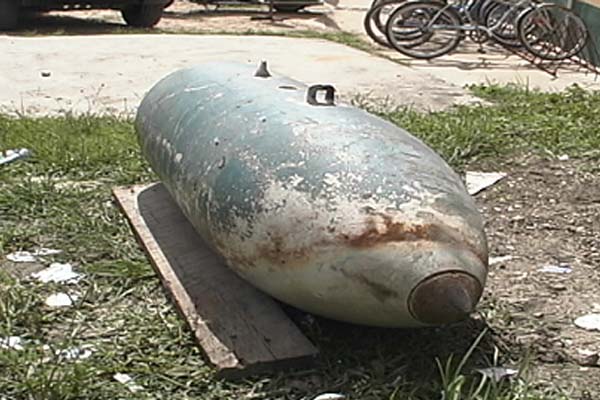 Police believe that the training device was left behind by the British Forces on the training ground behind the village, near the area of the Sand Pit.

In February this year a similar training device was bought by Alvaro Tzul, a recycler for scrap iron from San Andres in the Corozal District. The villagers who saw the device became alarmed and called police, who called the Belize Defence Force bomb experts, who put their fears to rest and assured them that it was a training device and was not designed to explode.

The dummy bomb is currently in the possession of the Orange Walk police.