Eagles tells Sunrise, “I will defend my turf, so come strong!” 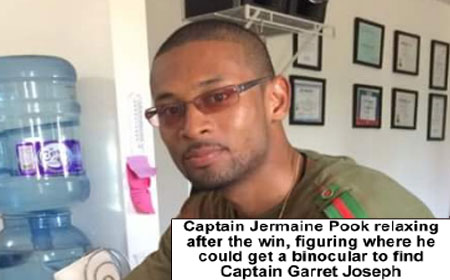 BELIZE CITY, Wed. July 8, 2015–Under the auspices of the Belize National Cricket Association, the Harrison Parks Cricket Competition 2015 continued over the weekend. Two games were played.

In the semifinals, Wicked 11 of Flowers Bank traveled to Crooked Tree to play against Brilliant, the home team. Wicked 11 took to bat first and scored 148 all out. Shelton Robinson scored 36 for Wicked 11, and Rodwell Conorque took 4 wickets for Brilliant. The home team went to bat after the lunch break. At the fall of 5 wickets, Brilliant defeated the wicked boys by scoring 149. Jermaine Smith scored 54 for Brilliant, while Edison Robinson took 2 wickets for Wicked 11. That made Brilliant the winner of the first of three games in the semifinals. Brilliant now goes to Flowers Bank on Saturday. Let’s see what will be the results.

Now for the game that caught the attention of many. I’m talking about Sunrise vs Western Eagles at Rancho. On the weekend before, Sunrise had defeated Western Eagles badly, 69 to 70 with 5 spare wickets. Western Eagles had gone to bat first then.

On Friday, July 3, the captain of Sunrise, Garret Joseph posted on Facebook that he needs a binocular to find Western Eagles. I wasn’t sure what he meant then, but on Saturday, his team traveled to Rancho to play the second game of three. Sunrise Team was at Rancho very early, with horns honking. Anyway, the toss was spun, and Sunrise won the toss. They were given 5 minutes to decide if they will bat first or allow the Eagles to bat. Bear in mind that when the two teams met the week before, Eagles had gone to bat first, and Sunrise bowlers took a toll on them. Well, the umpire got the word that Sunrise had given up their toss winning, and gave it to the Eagles.

Well, I must say that Eagles captain, Jermaine Pook had predicted that, and had already put in place a game plan. So he was not surprised in anyway. And, boy, did that plan work out. This is how wickets started falling:  1 for 21; 2 for 22; 3 for 133; 4 for 221; 5 for 224; 6 for 235; 7 for 253; 8 for 278. 50 overs had been reached. That is a massive score. It was plain to see that the looks on Sunrise Team and fans’ faces was trying to tell a story. Like, “Oh mein, what did we do wrong?” (my own personal view). I could see Captain Pook smiling along with his teammates.  In that inning, Conway Young, Jonathan Benjamin and Dirk Sutherland scored 96, 74 and 40, respectively, for the home team; while Satish and Gilbert Seguro took 2 wickets each for Sunrise.

Well, the game plan for Pook worked out. These two teams will now meet at Bermudian Landing for the tie breaker. Who wins that game goes on to the semifinals. Let’s see whose game plan then will prove who is the better team. Best of luck to both teams.

Before I close, on behalf of the governing body of the Belize National Cricket Association and my family, our deepest sympathy goes to Mr. Elston Wade, Sr. and Jr. and the Wade family of Bermudian Landing, on the sudden passing of Dwight “Bill” Wade. May his soul find peace with our Creator. God’s blessings to all! See ya.