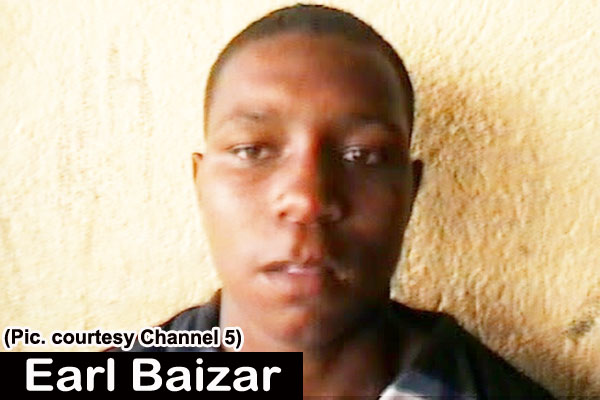 The Baizar family of Dangriga is mourning the death of their son, Earl, 20, who died in San Ignacio Friday morning after he was stabbed multiple times in the chest and upper part of the body, in front of Atlantic Bank, while walking on Burns Avenue at about 1:00 o’clock in the morning.

Reports are that Baizar was walking from the Blue Angels nightclub, from where he was ejected after he became involved in an altercation with another man. The security guard and police had reportedly put the two men out of the club.

Police believe that while Baizar was on Burns Avenue, not far from the nightclub, the man with whom he had been fighting in the club rode up on an ATV motorcycle and attacked him with a butcher knife.

Baizar was stabbed in the left side of the chest, in the left hand, under the left arm and in his right thigh.

His assailant then rode away.

Individuals who were in the area rushed Baizar to the San Ignacio Hospital, where doctors tried to help him, but he died shortly after while undergoing treatment.

Police announced that they are seeking Gabino Garnett, Jr., who they believe can help them in the investigation.