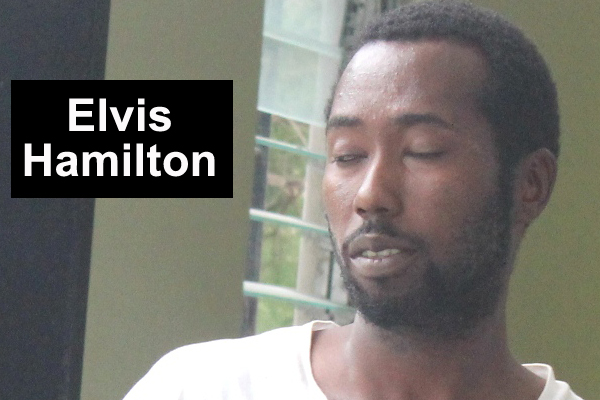 A man employed as a caretaker for Richard Michael Estephan, Jr., a resident of 7 North End Estate in Belize City, appeared before Senior Magistrate Sharon Frazer on Friday and pleaded not guilty to one count of burglary in connection with the disappearance of his employer’s BMW key and a 21-inch flat screen television set.

Elvis Hamilton, Jr., 25, appeared unrepresented and tried to explain to the Senior Magistrate the events that transpired that led to the allegation against him.

But Frazer told him that he had already pleaded not guilty and he should leave his defense until his matter goes to trial.

When the question arose of whether nor not bail should be granted to Hamilton, the court’s prosecutor objected to bail on the ground that the police are still investigating the burglary, and that none of the stolen items have been recovered.

The prosecutor also told the court that the accused man knows the complainant well and might harass or threaten him or his family.

But while Frazer noted the prosecutor’s objection to bail, she used her discretion and granted Hamilton bail in the sum of $5,000 plus one surety in the same amount, and adjourned his case to June 17.

In granting him bail, Frazer stipulated that Hamilton stay away from the complainant, Estephan, and his family, and any other prosecution witness, otherwise his bail would be revoked.

According to Estephan, between November 20 and 26, 2013, Hamilton entered his home as a trespasser and stole a flat screen television valued at $800 and his BMW car keys. The car is valued at $5,000.

Hamilton told the court that Estephan’s vehicle was parked in front of his mother’s house on the highway and that he was employed by Estephan to do some electrical work at his home, and that is why he entered the premises.

According to the report Estephan made to police, he left Hamilton as the caretaker for his home to feed his dog, and nothing else, when his home was burglarized and the two items stolen.

A police investigation into the matter led them to charge Hamilton, the caretaker, for the burglary.