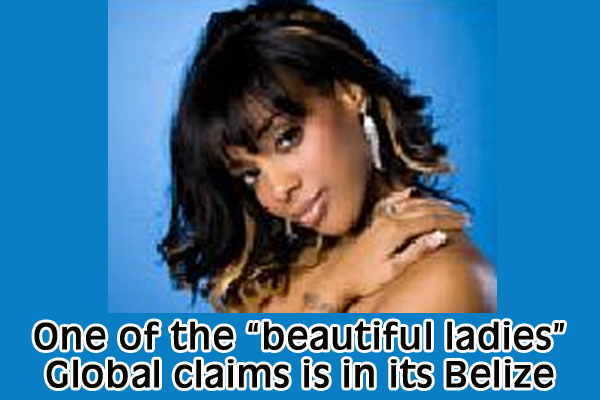 Belize “flea-infested country … stunning [but] poverty-stricken, with little jobs or future for its impoverished people”

The e-mail, sent to us via [email protected], an e-mail account which seems to be linked to a user in the USA, says: “Our packages consisted of a resort room, some tours and meals, as well as some local excursions. Only a name and contact number of a local Belize taxi driver was ever provided to any guest.

“The driver would then take the guests to local bars to meet ladies. The guests would make all arrangements and pay the women for their companionship. No sex was ever promised.

“And your comment that sex was not offered by local girls is absurd, as your flea-infested country, while stunning is poverty-stricken with little jobs or future for its impoverished people.”

Last week, former Belizean beauty queens expressed alarm when they found their photos on the website, suggesting that they were available for escort services. Since then, Javier Paredez, Registrar of Hotels/Director of Revenue and Collection (BTB), has issued a stern warning to hoteliers and tour operators, indicating that they could face suspension or cancellation of their licenses, or face fines or jail time for violating the terms of service.

When the news of the online postings first broke, BTB issued a statement distancing itself from the website and informing that the complaints had been passed over to the respective authorities for investigation.

But in the e-mail sent to us from the anonymous agent today, the country is being told that: “If you cease all investigations (sic), spreading negative comments, as well as remove all mentions and/or blogs of our company immediately and swear you or your associates will never make future postings, articles and such, we will cease offering any escorted vacations in Belize.”

The company also says, “Your post about Global Fantasies is absurd, a malicious lie, and total libel. The company did not hire any girls to be prostitutes nor did we ever make any contact with any women in Belize.”

Nowhere in the e-mail did the writer of the message apologize for the misuse of the photos of the beauty queens who had come forward to say they were shocked to find their photos online.

Today, Amandala tried to get follow-up comment from the BTB, but they refused to take the call and directed us back to their prepared statement – adding that they have no further comment at this time.

We spoke today with Carlos Ayala, the Office Administrator of the Human Rights Commission of Belize, one of the entities to which the BTB had referred complaints by the Belizean women, since they also deem this to be a human rights issue.

Ayala said that they have indicated to the BTB that the matter warrants further investigation, and BTB would have to direct the matter to the police, who should be able to detect who is hosting the website and take necessary action.

Ayala said that they should be issuing a statement from the Human Rights Commission this week.