Execution-style murder in Lake I 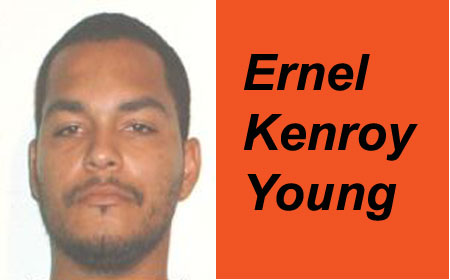 BELIZE CITY–A disabled man was found murdered gangland-style shortly after daybreak on Saturday, November 8, at his home in the Lake Independence area of Belize City.

Police said that the victim, Ernel Kenroy Young, 40, also known as Ernel Welcome, who reportedly had a colorful criminal past, was discovered sometime after 9:00 this morning lying motionless on his bed at #3 Casuarina Street.

Amandala understands that Young, who had been crippled in an accident a few years ago – and had suffered speech and mobility problems – had asked his uncle, with whom he lives, to buy him a bottle of milk at the nearby store.

The uncle reportedly left and returned with the milk no more than five minutes later, and upon entering Young’s room, he saw his nephew lying in his bed covered with his sheet, as if he was sleeping.

When the uncle made an attempt to wake him up, however, he saw a gunshot wound in the center of Young’s forehead, and immediately realized that he was dead.

The police’s crime scene technicians processed the scene for more than two hours before Young’s body was transported to the Karl Heusner Memorial Hospital, where he was pronounced dead on arrival.

The crime has left the neighborhood puzzled, because no one reportedly heard any commotion, or did they hear when the fatal shot was fired, leaving speculation that the assassin used a firearm that had a silencer.

At this time, though, police have only reported that their investigations into the incident continue.

Neighbors told us that in the past few weeks, Young’s life had constantly been under threat and that unfamiliar individuals were known to have been tracking his whereabouts.

Reliable sources theorized to Amandala that the lone gunman had come on a bicycle which he had parked on an adjacent street before slipping through the yard of one of the victim’s neighbors. The assassin, they believe, crept up to Young’s backdoor, through which he entered the home and swiftly delivered the fatal shot.

We were told that a man who wore a black hooded sweater with a shirt tied around his face was seen jogging through the same path – through the neighbour’s yard, after which he reportedly got back on his bike and rode off.

Our research revealed that Young had been implicated in the 1996 high-profile murder of Therese Blake, a mother of three and millionaire heiress to the Blake empire, which had occurred near her home on Newtown Barracks in Belize City.

Six years later, in February 2002, Young was found not guilty of the murder in the Belize City Supreme Court by Justice John Gonzalez due to insufficient evidence.

In July 2007, Young was busted with a 9-millimeter pistol by Sr. Supt. Chester Williams, who was Deputy Commander of Eastern Division Police at the time, after his vehicle, a black Dakota pickup in which he was traveling at a very high speed, was pursued by Williams and later pulled over at a checkpoint on the Philip Goldson Highway.

Williams described Young to the media as “a known notorious figure” who is no stranger to the police and was known to be one of the “discreet” drug peddlers in Belize.

Young’s relatives declined an interview with the media pending the arrival of his mother, who lives in the United States.