Home Features Exports and imports down, prices up
Features

Exports and imports down, prices up 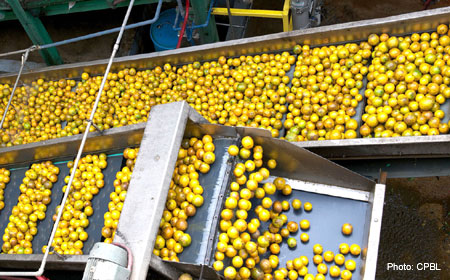 BELIZE CITY, Wed. July 27, 2016–Exports dipped by 30 percent for the month of June 2016, while imports were down by 11%, according to information just released by the Statistical Institute of Belize (SIB). Meanwhile, consumer prices continued on their overall increase, with June inflation reported at 0.9%.

The SIB said that, “Despite the overall contraction in export earnings for June 2016, citrus sales got a welcome boost during the month. Revenues for this industry more than tripled, from under $3 million in June 2015 to $12 million in the same month of this year, due to a surge in orange concentrate sales.”

Meanwhile, crude petroleum, which recorded no exports during June of last year, earned Belize over $5 million in June of this year, the SIB added.

“This was the main reason for the overall decline in exports recorded during the month and was due to changes in the scheduling of bulk shipments of sugar during this year compared to last year,” the SIB said. 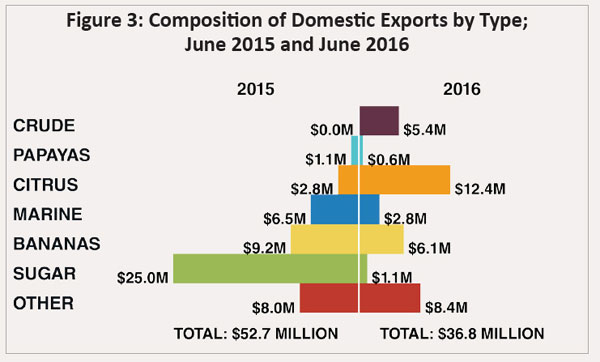 The performance of Belize’s exports for the first six months of the year has been bleak.

The SIB reports that, “Merchandise exports for the period January to June 2016 totaled $231.8 million, down $73 million or almost one fourth [or about 25%] from the same period last year.”

The steepest decline was seen for marine export, which plunged by almost three fourths (or roughly 75%), from $51 million in 2015 to $15 million for the half-year period. See the accompanying chart for more details.

The US and the EU are Belize’s main trade partners: More than half Belize’s exports went to the US market and just over a quarter went to the EU market. 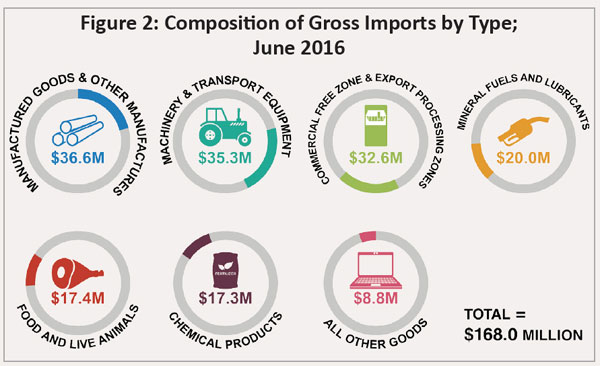 The SIB said that the category ‘Machinery and Transport Equipment’, which accounts for more than one fifth of all the country’s imports, was a major factor in the decline for June 2016.

According to the SIB, “‘Mineral Fuels and Lubricants’, on the other hand, saw its first monthly increase for this year, rising by $6 million from $13.6 million in June of last year to $20 million for June 2016.”

It said that this was primarily due to the fact that diesel imports doubled when compared to last June.

According to the SIB, the first six months of 2016 recorded an inflation rate of 0.5 percent.

“Despite higher prices for both regular gasoline and diesel fuel during the month, the ‘Transport’ category saw an overall decline of 0.7 percent. The effect of these price increases was overshadowed by premium gasoline prices and international airfares, which remained lower than they were one year ago,” the SIB said.

A 2% spike in home rental prices in comparison to June 2015, was offset by lower electricity tariffs, which were down by 16 percent over the same period, the SIB said.

Higher health insurance premiums, hairdressing prices, doctor’s consultation fees, and women’s clothing prices accounted for a 1.5% increase in prices in the category of ‘All Other Categories of Goods and Services.’

Dangriga, which had been suffering higher than average price increases in 2015, recorded an overall but marginal decline in prices of 0.1% in June—the only municipality to have done so for that month. The SIB attributed the decrease to lower food prices.

Meanwhile, the greatest price pressures were felt in the municipalities of Corozal Town, Punta Gorda and Orange Walk Town, fueled by increases in fuel, food and home rental prices. 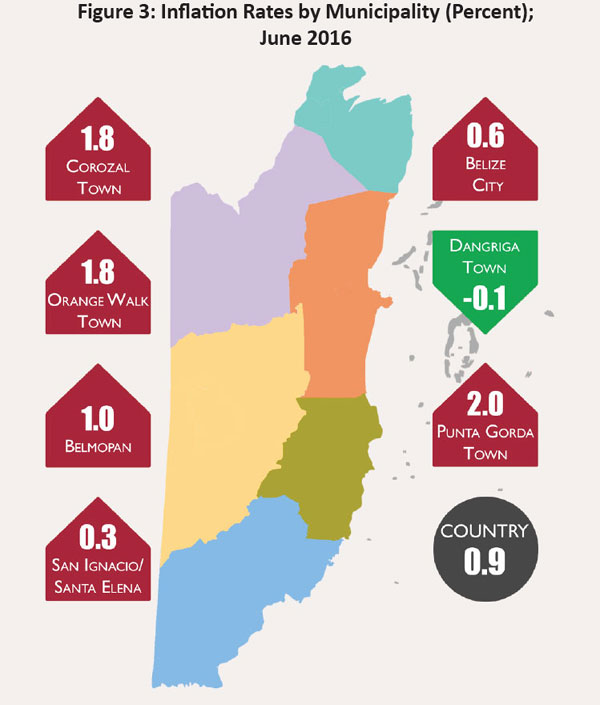