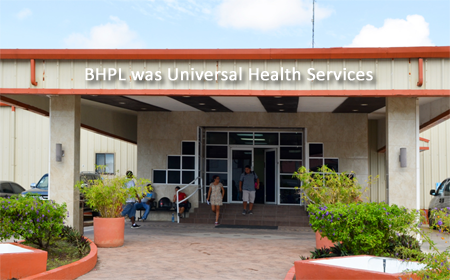 BELIZE CITY, Wed. Mar. 14, 2018– In a new twist in the complicated saga that a government loan guarantee has spawned in respect to the Universal Health Services (UHS), the Belize Bank Limited has succeeded in obtaining an enforcement order from a United States federal court for payment of $35 million by the Government of Belize.

The publication, Law 360, reported that the bank obtained the order on Monday from U.S. District Judge Amit P. Metha, in the case of Government of Belize v. Belize Bank Ltd. case number 1:14-cv-00659, which was argued in the U.S. District Court for the District of Columbia.

The court order authorizes the Belize Bank to seize government property, “in the jurisdiction where such attachment or execution is appropriate.”

The two-page judgment also noted that “the Government of Belize has been given all required notice and that a reasonable time has elapsed following the entry of judgment in this matter….”

In a similar case involving the UHS government loan guarantee in a different jurisdiction, Belize’s highest court, the Caribbean Court of Justice (CCJ), issued a ruling last September which ordered the Government of Belize to pay the Belize Bank $36 million, plus interest computed from 2012 at a rate of seventeen percent, which amounted to over BZ$90 million.

The loan, which the UHS had gotten from the Belize Bank, had been guaranteed by the Said Musa PUP administration and when UHS defaulted on its payment, this placed the government on the hook for the entire loan.

When the UDP government of Prime Minister Dean Barrow came to power in 2008, they refused to honor the commitment to the Belize Bank.

Government’s refusal to honor the loan guarantee sparked a litany of litigation in several jurisdictions, all of them ruling that the guarantee the Musa government signed was legal and binding on the Government of Belize.

There were rulings from the then highest court of Belize, the London-based Privy Council, the London International Court of Arbitration, and the US federal and US Supreme Courts.

The only courts which ruled against the Belize Bank were the Belize Supreme Court and the Belize Court of Appeal, but their rulings were overturned at the CCJ last September.