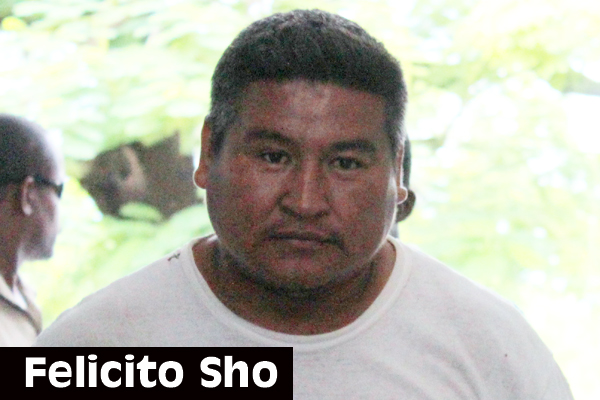 Sho is accused of raping a minor, 16, while she slept in her bed

This morning, Felicito Sho, 40, a resident of #4296 Jane Usher Boulevard, was taken before Magistrate Leslie Hamilton and read a single charge of rape.

According to a report, on Monday, a businesswoman went to the Racoon Street Police Station along with her 16-year-old granddaughter, who told police that Sho had been fondling her since she was 11 years old.

She told police that she had not reported the matter because Sho had threatened to kill her and her family if she had said anything to anyone about it.

But according to the minor, Sho took it a step further when, in the month of May, she awoke to find him on top of her having sexual intercourse with her against her will.

Sho was unrepresented in court today, but because the offense is an indictable one which will be heard in the Supreme Court, no plea was taken from him. He was not offered bail, and was remanded to the Belize Central Prison until his next court date, scheduled for September 17, 2013.