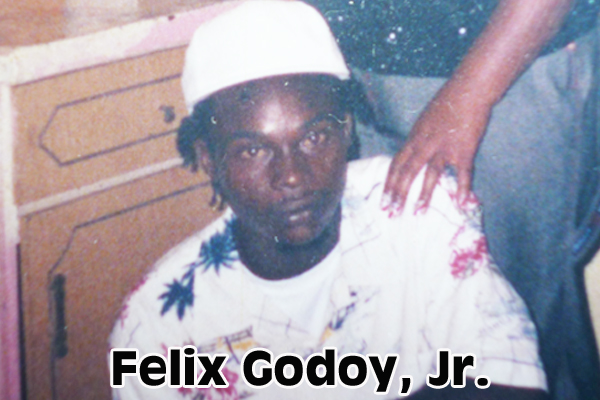 A man was executed in his yard, at the corner of Doris Brooks Street and Boots Crescent in the city’s southside, and his family is mourning his death and trying to understand why he was killed.

Felix Godoy, Jr., 33, was sitting on the back step of his family’s house around 7:30 p.m. on Sunday, August 19, when a gunman ran into the yard and shot him in his head and body, killing him almost immediately. The gunman then ran out and escaped into the surrounding area.

Police were called by the alarmed neighbors, and after processing the scene, Godoy’s body was taken to the Karl Heusner Memorial Hospital, where he was declared dead on arrival. He was then taken into the morgue, where he is now awaiting a post-mortem.

The murder occurred shortly after a meeting was held by the police with men in the area, called after the murder of Kirk Hemmans, 16, which occurred around 10:30 p.m. on Monday, August 13. Police had declared that the shooting was gang related.

Godoy’s friend who lives in the upper flat of the house told Amandala that they had just come from playing football and he was sitting on the step cooling off when the gunman ran in and shot him. During the day he had not shown any fear or nervousness that his life was in danger, he said.

Godoy worked in the Ministry of Works Poverty Alleviation Work Program, and his friend said that he was cool and not a troublemaker.

His brother Arlon said that he saw Felix yesterday and he was alright. He was at the St. John’s Primary School compound looking at carnival practice, when he saw his brother going home after a football workout.

Arlon said that shortly after, around 7:30 p.m., he got a call saying that his brother had been killed. Arlon said that he did not believe it, and thought that it was a joke, because he had just seen his brother. He then went to his brother’s house to see if there was any truth to it, and on his arrival, he saw his brother laid out on the stairs, bleeding. Police were already there processing the scene. He identified his brother to them, and after the scene was processed, police took his brother to the morgue.

Arlon said that he is at a loss as to why his brother was killed.

Police have detained a man who they believe can assist them in their investigation. They cannot say if the execution was gang-related.

Felix Godoy is survived by his mother, Dawn Moguel, his father Felix Godoy, and two brothers, including Arlon.