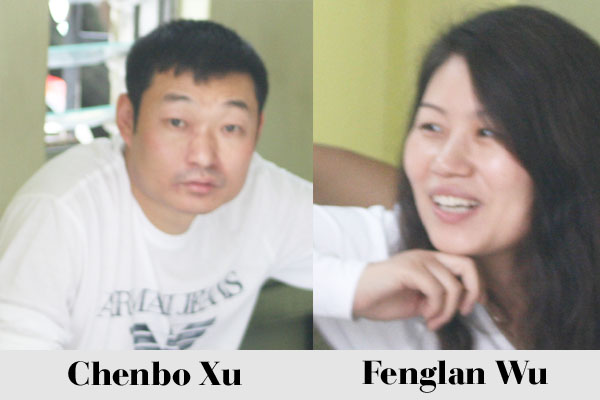 This morning, Fenglan Wu, 35, a Chinese housewife, and her husband, Chenbo Xu, 38, a Chinese real estate agent, were jointly charged with failing to declare $20,000 in Belizean currency when they arrived into the country via the Philip Goldson International Airport.

The couple arrived here yesterday at 10:30 and after the cash was found, they were taken to the Queen Street Police Station, where they were charged.

Their lawyer, attorney Ellis Arnold, argued that the couple didn’t have a charge to answer to since between the two of them they were operating within the scope of the law by having $10,000 each. He also argued that they didn’t have to fill out a declaration form listing the cash, since it didn’t have to be declared in the first place.

But the Financial Intelligence Unit responded that the charge was justified, since, according to their interpretation of the act, which states that a “person” must declare the cash, “person” can refer to, or mean a natural person, a legal person, or a body/group of persons.

After reviewing the arguments for a short period, the Chief Magistrate agreed with the FIU and ruled that the couple did have a charge to answer.

Chenbo Xu pleaded guilty to the charge, while his wife, Fenglan Wu, pleaded not guilty. Both were offered bail of $1,000 after Arnold requested that the trial be expedited, since Wu and Xu are tourists. The Chief Magistrate granted the request, setting the trial date for this coming Friday, November 15, 2013.

The couple had to hand over their travel documents to the court and have to reside at the residence of well-known Kim Chee, of boledo fame – and Brads.