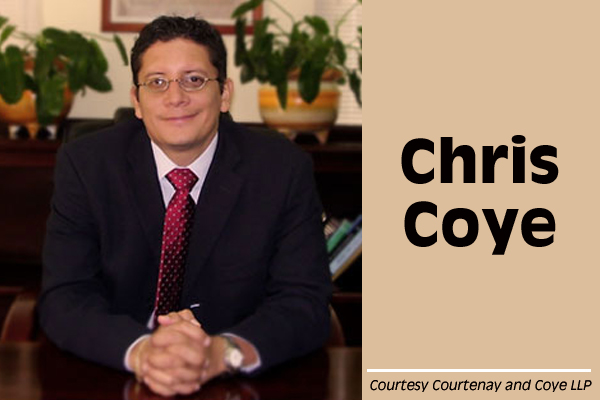 Offshore rep tells Amandala: “This law applies to everybody and the obligations that this law creates [conditions that] become more onerous on everyone.”

Retardation may hit Belize’s democracy due to laws, Barrow said

Days ago, parliament passed a raft of legislation which elected officials said were being tabled to avoid financial sanctions which could be recommended against Belize by the Financial Action Task Force (FATF) when it meets in Paris, France on Monday, February 10.

Parliamentarians expressed the view that the legislation, sparked by recommendations coming to Belize from the Caribbean Financial Action Task Force, means the imminent demise of Belize’s offshore sector, and while the emphasis of their concerns was on the offshore enterprises, less emphasis was placed on how the legislation would impact the wider Belizean community – most of whom don’t do business in the offshore sector.

Speaking with Amandala on Friday evening, Christopher Coye, president of the Belize Association of Offshore Practitioners, said that while the raft of new legislation would indeed have an impact on the offshore industry, the sector has gone through challenges before and it has not only survived, but prospered.

He wanted to emphasize, though, that, “These aren’t laws limited to the offshore sector. These are laws that apply to the entire populace.”

Coye said that if you look at the Money Laundering and Terrorism (Prevention) Act, which was amended by one of the new pieces of legislation, you will see types of businesses that are subject to reporting obligations under this Act.

He noted that under the existing laws, people can be arrested for taking more than $10,000 cash outside of Belize and not reporting or declaring it.

“This law applies to everybody and the obligations that this law creates become more onerous on everyone—and especially those that have bank accounts – local and offshore – will be subject to more procedures, more monitoring, more requirements. You will experience it on a personal level,” Coye said.

In commenting on the legislation amendments last week, Prime Minister and Minister of Finance and Economic Development Dean Barrow agreed with concerns of the Opposition People’s United Party that a clause that refers to “politically exposed persons” who will have more reporting requirements is, in his view, unnecessarily wide—but, he said, “…it is there because it seems we change anything—even a word—in the templates handed to us at our peril” – referring to potential problems with the international agencies pressing Belize to implement the laws.

According to Barrow, the new reporting requirements on commercial banks are also “extremely onerous,” and they will have to hire accountants to comply.

“They [the financial agencies] say it is all in [an] effort to achieve greater transparency to stop transnational crime… They are going so far that for small counties such as ours, some of their measures will result in retarding our democracy,” Barrow said.

He spoke of a current member of the Belize Social Security Board, who is by virtue of SSB’s shareholding in the Belize Electricity Limited (BEL), also on BEL’s board.

One commercial bank—even before passage of this bill—has adopted this ridiculously wide definition which meant that that member who is on SSB, appointed by them but who is a lifelong public servant, has had to face more stringent financial reporting requirements, Barrow said.

“It has resulted in people telling him he has to fill out all these declarations, they want to know if you bought the dog yesterday and for how much you buy that dog… He has said he will resign! ‘Why should I be put through the wringer in this fashion?’” Barrow detailed.

He said that the social partner appointees – union members, the Belize Chamber of Commerce members and others – will now be thinking twice before accepting appointments to these statutory bodies.

The bills were debated in Parliament this week and received bipartisan support; however, Coye told our newspaper that offshore practitioners did not get a chance to see the bills before they were taken to the House of Representatives. They were later able to access them online on the website of the National Assembly at http://www.nationalassembly.gov.bz/index.php/hor-lowerhouse/bills-and-resolutions-before-the-house.

He noted that the main money laundering amendment, which is the most important bill tabled and passed, is 86 pages long and has to be read in concert with existing legislation: the money laundering legislation of 2008 and of 2013, which can be found on the website of the Financial Intelligence Unit: www.fiubelize.org.

“If you think operating an account is onerous now, this will make it more onerous, because of additional procedures that are required upon banks – in terms of monitoring activities,” he said.

However, it is not just banks that will have to adjust their procedures, but also credit unions and money transfer agents.

As for the offshore sector, Coye said that they will have to adapt, since clients will still have demand for their services.

“There is a demand for this type of service across the globe and this has not disappeared. This law does not make that disappear, but creates a different infrastructure within which the service providers have to operate,” he said.

(We intend to address these issues in more detail in the weekend edition of Amandala.)