Home Sports Football is serious business; give us some respect
Sports

Football is serious business; give us some respect 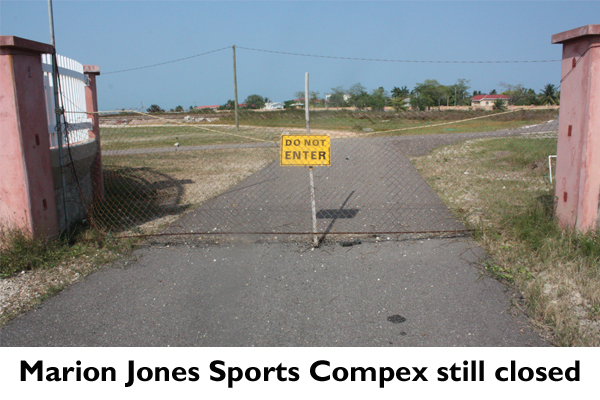 We reported last week that FC Belize management had been informed by Sports Council officials that the MCC Grounds would be closed “for renovations” beginning today, Monday. But there has been no announcement as to when the Marion Jones Sports Complex, which has been closed to the public for almost three years now, will be opened.

If FC Belize does not make the PLB Belikin Cup Opening Season 2013-2014 playoffs, it will not be the end of football in Belize City. Until the next PLB season, there are a number of initiatives that will require the use of the MCC or some adequate facility to keep our football youth busy. And FC Belize, the only active “semi-pro” team in Belize City right now, will have to prepare for the PLB Closing Season which follows shortly. The overall winner of the two seasons, the Opening and Closing seasons 2013-2014, get to represent Belize in the next CONCACAF Champions League tournament.

Plans are also afoot for other youth football tournaments, and it is incumbent upon the Sports Council people in charge of the MCC Grounds to reach out to members of the football community in Belize City – FC Belize management and organizers of the Mayor’s Cup and Smart 13 & Under tournaments, as well as the FFB branch representatives for Belize District – to ensure that their input is considered in any planned works to improve the facility, and, as importantly, to support their efforts in the meantime to keep the sport alive and the youth active in Belize City. That is, if we are sincere in our stated desire to “restore Belize.”