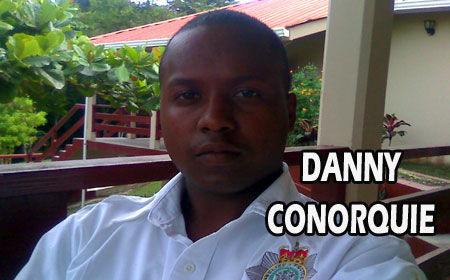 BELIZE CITY, Mon. July 18, 2016–Belize’s western border with Guatemala is known to be a very porous border through which Guatemalans habitually come to pillage the resources east of the Petén, and particularly in the area known as the Chiquibul. The Chiquibul is Belize’s most expansive protected land mass, divided into the Chiquibul National Park, the Chiquibul Forest Reserve and the Caracol Archaeological Reserve, where Special Constable Danny Conorquie was gunned down in 2014 while on duty, reportedly by Guatemalans who were irate over the confiscation of their horses, used to illegally extract logs from the area.

The Conorquie death was never subjected to a thorough forensic probe. However, it may now be included in a broader investigation triggered by the recent shooting death of a Guatemalan minor at Cebada, within the national park, and very near to the Belize-Guatemala border. Two experts are reportedly in-country to lead that investigation, commissioned by the Organization of American States (OAS), following separate requests from Belize and Guatemala.

According to an official release from the Embassy of Mexico in Belize, Mexican Federal Police (PF) agreed last month to make an expert available to the OAS, and on June 27, Mexico’s Department of International Affairs, Federal Police confirmed the appointment of head commissioner, Doctor Patricia Rosa Linda Trujillo Mariel, who leads the Scientific Division for the Coordination of Criminology.

“It is worth noting the high profile of the Mexican contribution, which reflects the commitment of our country to support the solution of the differendum and ensure the quality of the requested report,” the Embassy said.

A spokesperson from the Embassy of Mexico told Amandala that Doctor Trujillo arrived in Belize on Saturday, July 16, and she has been working since Sunday with parties from both sides of the border. This is the first time that Mexico is collaborating under the OAS process to conduct an investigation like this in Belize, the spokesperson added.

The official told us that Trujillo will also be assisting with Belize’s request for a broader investigation involving attacks on Belize security forces which have resulted in injury and/or death, and if necessary, she will extend her stay by another two weeks. The Government of Mexico is financing her mission to Belize, the official said.

The official Embassy release said that while in Belize, Trujillo will (1) carry out site visits, including the area where the April 2016 incident took place; (2) interview witnesses; (3) review the facts and relevant laws; (4) analyze reports pertinent to the investigation; and (5) probe further evidence, including expert and forensic reports.

Lawrence Sylvester, Chief Executive Officer in the Ministry of Foreign Affairs, told Amandala that, “The Government of Belize did request of the Secretary General of the Organization of American States [Luis Almagro] a formal and comprehensive inquiry into the incident which had transpired on the night of April 20th in which the Guatemalan minor lost his life in the exchange of gunfire involving Belize’s security services and unknown assailants.”

Sylvester added, “Further to that, we have asked the Secretary General to launch similar formal inquiries into the incident which happened around Holy Week in which[Belize Defence Force] Sergeant [Richard] Lambey was injured, and in addition an inquiry into the incident which took place in September 2014 in which the tourism police constable Danny Conorquie was killed.”

“The Guatemalan government via its Minister of Foreign Affairs is aware of the Government of Belize’s request,” Sylvester said.

Amandala was informed that an American expert who had assisted in a similar investigation a few years ago has been in-country over the past two weeks, working with Belize police and our forensic science services on the investigations surrounding the incident of April 20th.

Brazil was the third country that had confirmed its participation in the expert investigation, following a request from the OAS, but it later withdrew, the Mexican release said. “Therefore, the OAS Secretary General would seek the support of other State Members,” it added.