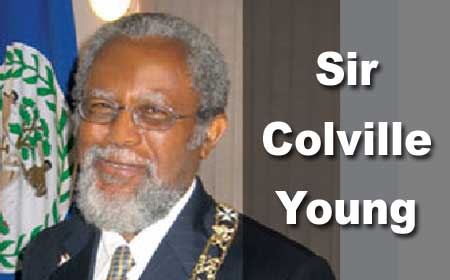 BELIZE CITY, Mon. July 24, 2017–A national re-registration exercise was to have been initiated this month, July 2017, but a statutory instrument has been passed to push back the exercise to next July, 2018.

Governor General Sir Colville Young has signed a statutory instrument and proclamation, dated and published in the Government Gazette on June 30, 2017, to extend the timeline within which the re-registration of electors exercise is to be carried out.

He cites section 3 of the Representation of the People Act, Chapter 9 of the Laws of Belize, which, he said, “provides that the Governor General may at any time by proclamation published in the Gazette, either generally or in respect of any division, alter, vary or extend all or any of the dates on which or the periods within which” an action is to be taken under the specified law.

In the proclamation, Sir Young declares that, “The date for the commencement of the re-registration exercise required to be carried out pursuant to section 9(1) of the Act is hereby altered from 1st July 2017 to 1st July 2018.”

He notes in the following paragraph, though, that the date of the following re-registration remains unaffected by this year’s alteration or deferral.

Chairman of the Elections and Boundaries Commission, Doug Singh, told Amandala that the S.I. was signed by the Governor General following a decision taken by the Commission last month.

According to Singh, the reason for the postponement is financial, as the money required for the national exercise (estimated at $20 million) was not provided for in the national 2017/2018 budget. Singh also contends that holding the re-registration exercise this July would not have been practical, as the window period before the cut-off date for the upcoming municipal elections is January 10, 2018, which would leave a period of 6 months to complete the exercise.

The municipal elections are due on March 7, 2018. Currently there are 109,003 electors registered to vote across 9 municipalities. Nationally, there are 198,497 electors across 31 electoral divisions. (These numbers are as of the latest report dated June 2017.)

The Opposition had called on the ruling United Democratic Party to move ahead with the re-registration before the municipal elections.

Orlando Espat, the former chairman for the Opposition People’s United Party (PUP) for the Cayo North East constituency, represents the PUP on the Elections and Boundaries Commission. Espat told Amandala that he had registered his disagreement with the Commission. 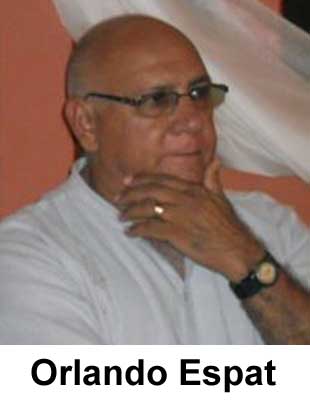 “We are going into another election with a corrupted list,” he said, adding that it is evident in light of the Immigration scandal that people voted in previous elections who did not qualify to vote. He said that people were granted Belizean nationality while claiming addresses where sometimes there was no house on the lot.

Espat said that although the Opposition wanted re-registration first, the Commission, by majority vote, had decided that re-division of the electoral divisions should be done first. Espat described the Commission as a “rubber stamp,” pointing to a previous announcement by Prime Minister Dean Barrow that re-registration would be held not this year but next year.

Our attempts to reach Opposition leader Johnny Briceño for comment were unsuccessful. However, we also got a chance to speak with the second representative of the PUP on the Commission – Derek Courtenay, SC. He believes that the re-registration exercise could have been effectively carried out by the Elections and Boundaries Department within the timeline, ahead of the municipal elections.

“I believe if we wanted to, we could have done it,” he told us.

According to Courtenay, there is no roadmap for the re-registration and re-districting. “We just know it’s ahead of us!” he said. He does believe that the development which Belize has undergone necessitates a re-division of electoral divisions. The matter was put before the commission “some months ago” and subsequently a vote carried out by the Commission resulted in a decision that re-division should precede re-registration, which Courtenay agrees is the better way to go, since redistricting could shift voters into a constituency which is different from the one they are currently in.

UDP chairman, Alberto August, who says that the ruling party will take all 67 seats in the upcoming municipal elections, contends that re-registration should be done away with altogether, as the periodic reviews permit for challenges to voters on the list of electors.

However, Espat said that through that process of objections, carried out in February, May and August, it is very difficult to get people off the list. Challenges are usually mounted to remove deceased persons and to remove persons registered at addresses where they have never lived, he said. The political parties would engineer challenges mounted by registered electors to persons appearing on the voters list, including providing legal counsel, said Espat, who added that people are not too active outside of the election season.

The push-back of the re-registration date to next July has been publicly opposed not just by the PUP, but also by the Belize Network of NGOs and the Belize National Teachers Union. The third parties have also expressed their objection to the decision to move reregistration to next year.

According to Espat, the Opposition can mount a legal challenge to the decision. He added that anyone can challenge the matter in court. We asked Courtenay, in light of the law quoted by the statutory instrument which gives latitude to the Governor General to amend dates, whether this could be challenged in the court.

“I doubt it very much,” Courtenay said.

Belize held its last re-registration 20 years ago, in 1997; that exercise was carried out under the administration of Sir Manuel Esquivel, former leader of the UDP. The People’s United Party rose again to power in 1998.