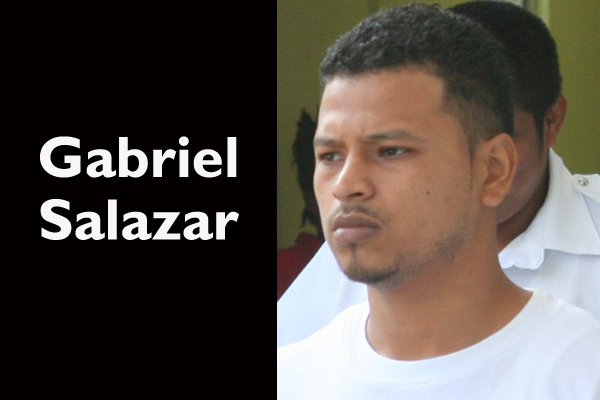 Gabriel Salazar, 23, walked away from the Dangriga Supreme Court a free man on Monday after he was acquitted of killing Francis Johnson. The murder occurred during a robbery on September 9, 2009, in Johnson’s Store in Big Falls, Toledo, in which the store’s owner, Johnson, was shot and killed in the process.

Three other persons were alleged to have committed the crime with Salazar, but all four men had fled the country in an attempt to reach Honduras. It was while there that the men allegedly attempted to commit another robbery and Salazar was shot by Honduran police who had responded to a report of the ongoing crime, while it is believed that the other three were shot and killed by Honduran police.

Salazar was returned to Belize, where the charges had been brought against him. Last week, the trial began before Justice Denis Hanomansingh in Dangriga, with attorney Simeon Sampson representing Salazar.

But the only evidence that was in the possession of the Director of Public Prosecution was that of an alleged oral confession by Salazar, in which he allegedly confessed to being a participant in the shooting and killing of Johnson.

But Salazar said that the only reason he had confessed to the crime was because he had been severely beaten by the police and that the injury he had sustained during the thwarted robbery attempt in Honduras, was made worse when police handcuffed him in that area so tightly that the handcuff tore one of the stitches.

He also said that he was brutalized and the police refused to take him to a hospital to get medical attention.

After arguments were made on Friday, July 12, Justice Hanomansingh gave his decision on Monday, stating that the oral confession was inadmissible since it was obtained after excessive force was used by the police.

This is the third murder acquittal that Salazar has seen in a little over a year; in May 2012, Salazar, along with Brionne Swift, Victor Garnett, and Frank Edwards, was acquitted of the double murders of James Swan and Edward Gutierrez after a jury deliberated for just over three hours and found them not guilty of the murder and alternative charge of manslaughter.