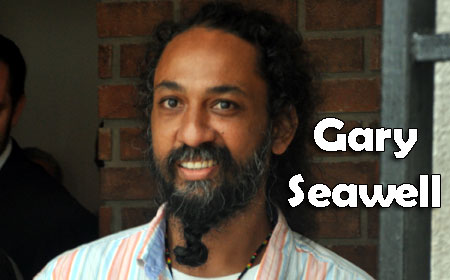 BELIZE CITY, Fri. Nov. 4, 2016–Gary Gordon Seawell, a Belizean, who has been fighting a United States extradition request for three years, was released today with a Writ of Habeas Corpus from the Court of Appeal. The court found that Seawell was falsely imprisoned when the Chief Magistrate ruled that he should be extradited and remanded him to the Belize Central Prison on October 22, 2013, without the proper warrant for his legal imprisonment.

Seawell, through his attorney Anthony Sylvestre, filed a civil claim at the Court of Appeal against the Superintendent of the Belize Central Prison and the Attorney General of Belize.

Young had intended to introduce new evidence at the hearing, but when she was pressed by one of the three appeal justices hearing the case, she decided to “offer no further resistance” to Seawell’s Habeas Corpus application.

Cooper was able to hammer home to the Court of Appeal that Seawell, who has been on remand since the Chief Magistrate ruled in October 2013, that the US has a prima facie case against him and that he should be extradited to face trial in that jurisdiction was being held on the strength of two remand warrants. The requisite committal warrant which would have detailed the offences for which he was being held at the prison was absent.

Sylvestre had meticulously researched the Seawell file and had written to Chief Magistrate Ann Marie Smith and to the prison authorities asking for the committal warrant that should have been made out when Seawell was remanded to prison after the extradition hearing at the Magistrate’s Court.

There was, however, no committal warrant to be found for Gary Gordon Seawell that was made out on October 22, 2013, when he was committed to prison. A committal warrant for Seawell was located in May 2016, and at that time Chief Magistrate Smith wrote to Young at the Attorney General’s office informing her that she had located such a warrant.

Young had intended to urge the Court of Appeal to accept this warrant as additional evidence, but that plan was abandoned after Cooper pointed out to the court in his address that there was no point in having both a committal warrant and a remand warrant (Seawell was on remand).

With no further resistance from Young, the judicial error of sending Seawell to prison without a committal warrant proved costly to the state, which could not correct the error, and so the court found that he has been falsely imprisoned and his immediate release was ordered.

It was sensational news in February 2010 when Gary Seawell was captured during a police anti-drug operation in Esperanza, Cayo District.

Seawell’s arrest came about 12 years after he was first wanted by US authorities on drug smuggling and money laundering charges.

The US indictment alleged that Gary Seawell and his two brothers, Duane Seawell, who is serving a 17-year sentence in a US federal prison after he was arrested in Jamaica and taken to the US, and Mark Seawell, who was arrested in 2007 and taken to the Belize Central Prison, from where he is still fighting a US extradition request for his role in allegedly smuggling drugs into the US between 1994 and 1996 and laundering the proceeds of those smugglings.

The amount the Seawell brothers are said to have laundered is in the area of US one million dollars.

As he emerged without the standard GSU escort, Gary Seawell said, “I give thanks to the Most High. I give thanks to my family and everybody who stick by my side through this.”

Seawell himself played a big role in today’s outcome of his extradition case when he pointed out to his attorney, Sylvestre, that he was in prison but there was no committal warrant in his file.

Sylvestre told Amandala and 7News, “Actually, Gary, Mr. Seawell is equally instrumental. He is the first one when we first visited him at the prison, I was taking instructions, and he pointed out that he believes that there wasn’t any order that had been made. Initially, I thought, well, clients would say these things, and we started to dig and it proved positive that in fact, this order was not made, and Ben, who is a extradition proceedings expert, was in England putting together all these fantastic authorities, and I, here in Belize, and we work together, and at the end of the day, we were successful. Mr. Seawell will now be able to go home and be with his family. He had very young children when he was first incarcerated, and so I am sure they are extremely happy to see him.”