Home Features The genesis of the Section 53 challenge: Part 1
Features

The genesis of the Section 53 challenge: Part 1 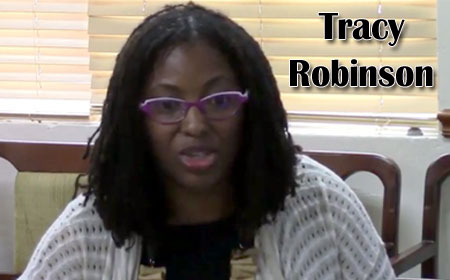 According to Tracy Robinson, a Jamaican attorney, almost a decade ago, she worked with a doctoral degree student to conduct a desk review to find “whether there was a reasonable case to be made before a constitutional court regarding the laws criminalizing ‘same sex’ sex.”

Robinson, who once chaired the Inter-American Commission on Human Rights, an organ of the Organization of American States, said that Belize was chosen because it was the optimal country to bring the case.

“No other country has the constellation of factors, in law, which come together to make Belize the ideal location…” she said, in a video conference briefing held in July 2016, leading up to the ruling by Belize Justice Kenneth Benjamin on August 10.

Strategic litigation: Belize was “most favorable legal environment in which to bring this case,” said Jamaican attorney who led desk review of laws criminalizing “‘same-sex’ sex”

Robinson is the co-founder of the University of the West Indies – Rights Advocacy Project (U-RAP), which has launched challenges to laws in Belize and Guyana through LGBT nationals in those countries.

Robinson reviewed the timeline of the Orozco case, dating back to the desk review of 2007.

She said that in 2008, UWI teachers, an LGBT rep and a Belizean lawyer participated in a regional assessment, which looked at the desk review.

“There was a strong sense from that report that Belize was most favorable environment on paper to litigate,” Robinson said.

Then in 2009, U-RAP, the agency which supported the challenge to Belize’s Section 53 and which is supporting the challenge to Guyana’s cross-dressing laws, was formalized by an academic board at Cave Hill, Barbados. The group wanted to look at constitutional litigation in the English- speaking Caribbean, in challenging laws which they contend undermine the human dignity and human rights of sexual minorities.

According to Robinson, between 2007 and 2009, there was a series of 4 meetings and there were discussions with LGBT civil society about the possibility of litigation.

According to Robinson, in 2010, a human rights lawyer conducted an independent assessment of the socio-political environment in Belize. U-RAP led three visits to Belize and meetings ensued with parties such as the larger LGBT community, lawyers, academics, persons involved in HIV work, “some people close to the Government,” and other human rights groups, she detailed.

Following these Belize visits, in July 2010, the Orozco case was launched in the Belize Supreme Court.

Robinson explained that she was providing a matrix of how U-RAP made an assessment of whether litigation in Belize made sense. They considered whether the Belize Government would undo “positive litigation and positive outcomes by instituting constitutional reforms…”

“You don’t want to litigate somewhere where they are going to use constitutional reforms to undo [the efforts]… so you want there to be strong support for litigation,” Robinson explained.

They also considered the position and attitude of the church, she said.

In detailing the history of the case, she noted that the Commonwealth Lawyers Association, The Human Dignity Trust, and The International Commission of Jurists first joined as interested parties in support of Orozco, which, she said, led to anxiety that the case was not being led by Caribbean parties but by outsiders. Subsequently, the three sets of churches—the Anglicans, Catholics and Evangelicals—also joined. Supreme Court Justice Michelle Arana knocked out UNIBAM as a claimant and so the organization was added as the 7th interested party in the case.

In the 2012 U-RAP report, “Collateral Damage: The Social Impact of Laws Affecting LGBT Persons in Guyana,” by Christopher Carrico, it is stated that, “Homosexual acts are now legal in 113 countries in the world, but there are some 80 countries where they are still illegal. Eleven (11) of these are former British colonies in the West Indies: Antigua and Barbuda, Barbados, Belize, Dominica, Grenada, Guyana, Jamaica, St. Kitts and Nevis, St. Lucia, St. Vincent and the Grenadines, and Trinidad and Tobago…”

The New York Times article, “The Lonely Fight Against Belize’s Antigay Laws,” said that, “The legal groups [in the Belize case] invoked the International Covenant on Civil and Political Rights in their argument, with the knowledge that should the appeals court rule in Orozco’s favor on that basis, other jurisdictions would find the criminalization of sodomy very hard to justify.”

The question now is, whether the case will eventually make its way to the nation’s highest appellate court—the Caribbean Court of Justice (CCJ), which hopes to expand its appellate jurisdiction across the Caribbean.

Robinson said, “…there is going to be an appeal almost certainly.” She is of the view that the interested parties may have a right to appeal the case as well, based on new developments in Caribbean constitutional law. An appeal would first have to go to the Court of Appeal before the CCJ.