Home Features The genesis of the Section 53 challenge: Part 2
Features

The genesis of the Section 53 challenge: Part 2 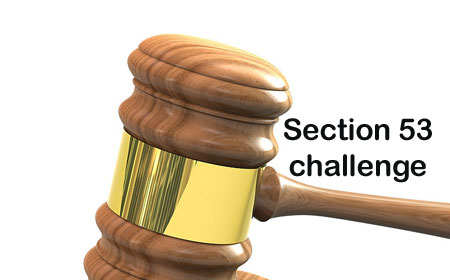 Leviticus 20:13 says: ‘And a man who lies with a male as he lies with a woman: both of them have done an abomination, they shall certainly be put to death, their blood is upon them.” (The Scriptures, 1998 version)

Notably, even European jurisdictions once meted out sentences of death by burning upon homosexuals; but today, those countries have legalized and even liberalized homosexuality.

In Greek and Roman mythology, even certain gods were deemed to have homosexual desires and relationships, primary among them being Zeus or Jupiter, who, despite being portrayed as a womanizer, was also said to be enamored with a young mortal man, Ganymede, whom he supposedly turned into an eagle and abducted to serve as his cupbearer. 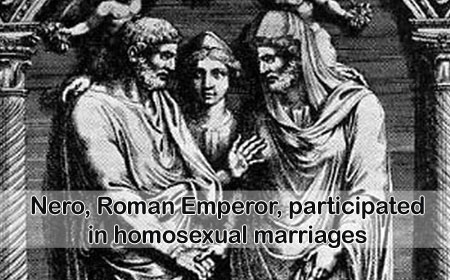 Likewise, same-sex relations have existed in ancient cultures, and Nero (37 to 68 AD), infamous for his persecution of Christians, whose “ecclesiastical law” he had rejected, was said to have been the first Roman Emperor to engage in same-sex marriage, twice. He is said to have acted as husband to a young boy, Sporus (whom the emperor allegedly had castrated), and as bride to Phytagoras (for whom he cross-dressed at a public wedding ceremony). This is a glimpse of the ancient backdrop against which there is a new global lobby for state-recognized same-sex marriages.

Although same-sex marriages are not legally sanctioned in Belize—at least not yet—the criminalization of homosexuality has recently been overturned.

“These crimes all started as ecclesiastical crimes, which moved to the civil domain,” said Tracy Robinson, the co-founder of the University of the West Indies – Rights Advocacy Project (U-RAP), which had launched challenges to laws in Belize against sodomy and in Guyana against cross-dressing, through LGBT claimants in those countries.

Robinson was speaking at a recent video conference briefing in July, explaining the background to the challenge brought by Caleb Orozco, a Belizean homosexual, to Belize’s sodomy law in July 2010.

Homosexuality is notably criminalized in several Caribbean jurisdictions, and Robinson said that she had led a desk review back in 2007, which revealed that Belize was the best place in the Caribbean to bring such a legal challenge.

Orozco told the media in June 2016, according to an interview published online by Love News, that, “Some work has been done behind the scenes and that started prior to filing the legal documents in Santo Domingo, where we talked about finding the two best countries in the Caribbean to file this court case—which were Guyana and Belize.

“What happened is that Belize ended up getting the challenge to its sodomy law while Guyana ended up with a case around cross dressing.”

According to U-RAP, the Guyana case is expected to go to full hearing in that country’s appeals court in October 2016.

The four applicants—Quincy McEwan, Seon Clarke, Joseph Fraser and Seyon Persaud—were arrested, convicted and fined in February 2009 under section 153 (1) (xlvii) for “being a man, and in any public way or public place, for any improper purpose, appearing in female attire,” U-RAP detailed. The law is found under a section which deals with ‘Offences Against Religion, Morality and Public Convenience’. 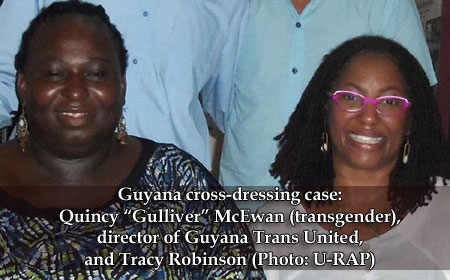 The Guyana claimants are also working along with the Society Against Sexual Orientation Discrimination (SASOD) and Guyana Trans United (GTU).

The Guyana law is another instance where the civil law reflects ecclesiastical law. Deuteronomy 22:5 says: “A woman does not wear that which pertains to a man, nor does a man put on a woman’s garment, for whoever does this is an abomination to YHUH your Elohim.” (The Scriptures, 1998 version)

Robinson noted that whereas older Caribbean laws did not specifically speak against lesbian relations, laws began to emerge in the 80s indicating that same-sex acts between women are explicitly criminalized. She said that the Belize case, which challenges a clause which covers “unnatural sex” regardless of gender, also has important implications for women.

In reviewing the possible outcomes of the Belize case ahead of the Chief Justice’s ruling, she noted that since the Orozco case was heard in May 2013, India’s appellate court had in November 2013 overturned its earlier ruling of 2009, on which the parties supporting Orozco “widely relied.”

In a ruling similar to Benjamin’s ruling, the Delhi High Court had held in a challenge brought by the Naz Foundation, that treating consensual homosexual sex between adults as a crime is a violation of fundamental rights protected by India’s Constitution.

However, the ruling was later challenged in the Supreme Court of India, which ruled in November 2013, after the Orozco hearing was concluded, that homosexuality or unnatural sex even between two consenting adults (under Section 377 of the Indian Penal Code) would continue to be an offence, as the provision is not unconstitutional.

She noted that Benjamin’s decision to deliver his decision was timed immediately after the Caribbean Court of Justice issued its ruling on the challenge filed by LGBT activist and attorney, Maurice Tomlinson of Jamaica, to the Immigration laws of Belize, and Trinidad and Tobago, dismissing his case.

Both the CCJ ruling and the Naz Foundation ruling, reversing the lower court’s decision legalizing homosexuality, might have had an impact on what the Chief Justice said, Robinson surmised.

Evidently, those decisions by the CCJ and Indian court did not sway Benjamin from finding in Orozco’s favor. Robinson expects an appeal.

Orozco claimed violations of his human rights to dignity and privacy, but Robinson explained that, “The Constitution of Belize specifically talks about public morality as a legitimate reason for limiting fundamental rights…”

She expressed the view that the interested parties in the Orozco case, which include the churches, may have a right to appeal as well, based on new developments in Caribbean Constitutional law.

Robinson said that this is only a Supreme Court decision, and the precedential value of the case for other Caribbean countries with buggery laws would increase if the matter is appealed and finally ventilated at the CCJ, the regional court to whose jurisdiction she said a growing number of countries are acceding.

She said that, “Even if [the Orozco ruling] has limited precedential value, it could also provide an impetus for law reform, for international action, for changing the mood and the spirit of conversations, about the human rights of LGBT persons…”

In a statement released on Monday, the Inter-American Commission on Human Rights, of which Robinson formerly served as chair, hailed the decision by the Barrow administration not to appeal Benjamin’s ruling.

The Commission said that in its report titled, “Violence against LGBTI people in America,” it had “highlighted the inconsistency of laws that criminalize consensual sex between same-sex persons with the principles of equality and non-discrimination.”

The Commission, which is an agency of the Organization of American States (OAS), is calling on the Caribbean to put in place a moratorium on enforcing laws against same-sex relations.

The Commission said that it is asking “…other States in the region that have existing laws that criminalize consensual sex between adults of the same-sex, to repeal these laws, and, meanwhile, to impose an explicit and formal moratorium on their application.”

Meanwhile, the most visible groups in Belize’s Christian community, which was said to account for 71% of Belize’s population in the 2010 census, are collectively adamant that laws against homosexuality should remain on the law books, and they rallied roughly 1,000 for a prayer patrol at the seat of Government in Belmopan on Tuesday to make their position known.

They are also discussing a proposal for the churches to seek an appeal of Benjamin’s decision, for which they have a 21-day window period from the release of his decision.