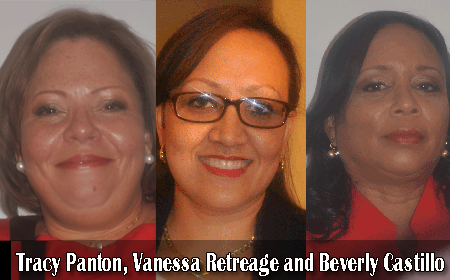 BELIZE CITY, Mon. Nov. 9, 2015–At 10:12 this morning, the newly elected United Democratic Party (UDP) leader, Prime Minister Dean O. Barrow, who has won a historic third term as Prime Minister, held a press conference at the River Hall room at the Best Western Biltmore Hotel to announce his new Cabinet, including his Ministers, Ministers of State and Chief Executive Officers who will serve in the newly elected government.

Before announcing whom had been chosen to be in his Cabinet, Barrow explained, “With the need to arrive at the best possible fit in all the circumstances, it is expected that while constitutionally, the substantive Minister has to remain overall responsible for that Ministry, the Ministers of State, who we treat as full members of Cabinet, those Ministers of State are going to be assigned some of the portfolio subjects in the particular ministries and it is expected that those Ministers of State would be responsible entirely for the day-to-day administration of those particular subject areas.”

The Hon. Gaspar Vega, area representative for the Orange Walk North constituency who held the post of Deputy Prime Minister, has been re-appointed as Deputy Prime Minister. In addition, Hon. Vega, who was Minister of Natural Resources, has been removed from that portfolio and has been appointed as the Minister of Agriculture, Fisheries, Forestry, the Environment and Sustainable Development.

Hon. Dr. Omar Figueroa, area representative for the Cayo North constituency, will be the Minister of State for Hon. Vega. Dr. Figueroa will have the principal day-to-day responsibility for Sustainable Development, the Environment and Climate Change.

Hon. Erwin Contreras, area representative for the Cayo West constituency, is the Minister of Economic Development, Petroleum, Investment, Trade and Commerce. The Hon. Tracy Taegar-Panton, area representative for the Albert constituency, is his Minister of State with responsibility for Investment, Trade and Commerce.

The Hon. Michael Finnegan, the Mesopotamia area representative, has been re-appointed as Minister of Housing and Urban Development. He is a stand-alone Minister.

Hon. Manuel Heredia, Jr., area representative for the Belize Rural South constituency, has been re-appointed as Minister of Tourism and Civil Aviation. Hon. Heredia is a stand-alone Minister.

Hon. John Saldivar, Belmopan area representative, has been re-appointed to his portfolio as Minister of National Security. He is a stand-alone Minister.

Hon. Pablo Marin, area representative for the Corozal Bay constituency, has been re-appointed as Minister of Health. Dr. Angel Campos, area representative for the Corozal Southwest constituency, is his Minister of State in the Ministry of Health, with responsibility for National Health Insurance (NHI) and Primary Health Care, which includes all the clinics across the entire country.

The Hon. Senator Godwin Hulse, who was the Minister of Immigration, NEMO, Labor and Local Government during the last Barrow administration, has been re-appointed to the Senate, where he will continue his role as the Leader of Government Business, and now has the portfolio of Natural Resources added to his Immigration portfolio.

In making the announcement of the appointment of the Attorney General, Prime Minister Barrow said, “We are very pleased to bring in somebody from the private bar as Attorney General and Minister of Legal Affairs, a new portfolio, and that is attorney-at-law Vanessa Retreage.”

The Sixth Amendment to the Belize Constitution calls for the appointment of a 13th Senator. That, however, is a matter that is still before the Supreme Court. So, as it is presently constituted, it is still a 12-member Senate, with six Senators being appointed by the government, three from the Opposition and the other three coming from the business community, the churches and the trade unions.

Prime Minister Barrow named the six government senators this morning, announcing that Hon. Godwin Hulse has been reappointed as the Leader of Government Business in the Senate.

Barrow said he has broken a long standing rule of his that no candidate who ran in the general elections and didn’t win would be made a senator.

“Dr. Carla Barnett,” the PM said, “brings so much to the table to contribute to government that she is going to be appointed a senator to represent the United Democratic Party.” 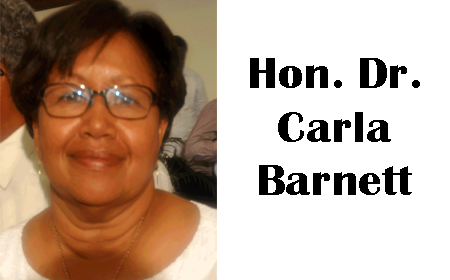 Steve Duncan, the Manager of Heritage Bank, has been appointed to the Senate, along with attorney Aldo Salazar, attorney Francine Burns and high school principal of Corozon Creek from the Toledo District, Macario Coy.

The first Asian-Belizean to sit in the National Assembly is Lee Mark Chang, who has been appointed President of the Senate. He ran in the March 2012 general elections against PUP Opposition Leader Francis Fonseca, but lost.

Hon. Michael Peyrefitte has been reappointed as Speaker of the House of Representatives.

The Chief Executive Officers are as follows: Sharon Ramclam, Ministry of Natural Resources and Immigration. Edmond Zuniga, the current CEO in the Ministry of Immigration, remains in the ministry, but will be Minister of State Beverly Castillo’s CEO.

The CEO in the Ministry of Local Government, Labor and Rural Development is Terry Belisle.

Lawrence Sylvester has been reappointed CEO in the Ministry of Foreign Affairs.

In the Ministry of Education, Culture, Youth and Sports, David Leacock remains the CEO to Minister Faber and Adele Catzim will be CEO for Minister of State Aragon.

In the Ministry of Housing and Urban Development, Denton Belisle remains as CEO.

Jose Alpuche is the CEO in the Ministry of Agriculture, Fisheries and Sustainable Development, and Dr. Colin Young will be Hon. Omar Figueroa’s CEO.

In the Ministry of Finance, Audrey Wallace has been reappointed as CEO in the Office of the Prime Minister, while Dr. Peter Allen becomes CEO to Minister of State Frank “Pawpa” Mena.

This afternoon, the Cabinet appointees were sworn in at the Belize House in Belmopan by Governor General Sir Colville Young.