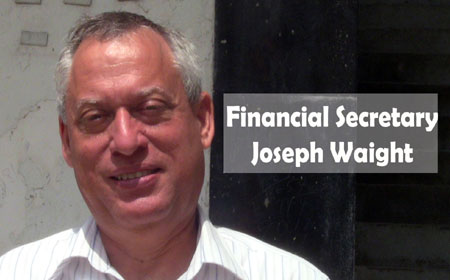 BELIZE CITY, Mon. Oct. 17, 2016–Amandala is reliably informed that on Friday, October 14, 2016, the Government of Belize paid US$67.3 million, in the specified US currency, to the former shareholders of Belize Telemedia Limited (BTL)—Dunkeld International Investments Ltd. and BTL Employees Trust, two companies controlled by British billionaire Michael Ashcroft—following a ruling which the Caribbean Court of Justice (CCJ), Belize’s final appellate court, handed down on Thursday, September 29, 2016.

Eamon Courtenay, SC, attorney for the Ashcroft companies, told Amandala that his clients were paid by the Government on Friday, in line with what was stated in court, with interest paid up to October 14, 2016.

The final amount (50% of the total arbitration award and interest) is due on the anniversary of the decision issued by a foreign arbitration panel in June, in a legal dispute over the nationalization of Belize Telemedia Limited that dates back to 2009.

The parties agreed on a partial settlement last September, when an initial down-payment was made. The Government of Belize was given 10 business days to come up with the second tranche of payments, which it did by the specified date on July 13, paying $29.5 million in US dollars and $134.9 million in Belize dollars in compensation, plus 827,000 British pounds in legal fees and 33,000 Euros in arbitration costs. The Government reported that it had borrowed the funds (approximately $200 mil), which were paid on July 13, domestically through an offering of treasury bills and notes.

However, the Ashcroft companies demanded the compensation money all in US dollars. Courtenay told the CCJ in the recent hearing that his clients had over BZ$130 million they can do nothing with. His clients have been demanding the funds in US currency, which would allow then to repatriate them from Belize.

The Government resisted paying the funds in US dollars, citing a letter from former Central Bank Governor Glenford Ysaguirre, warning that removing such a large volume of US dollars from the system would exacerbate the country’s foreign exchange vulnerabilities.

A letter to the Government from Ysaguirre said that, “the Central Bank would not be able to provide the additional US$70 million” and to do so would mean that Belize’s US dollar position would shrink from US$422 million to US$159 million, or 1.5 months of imports, which is half the international benchmark of 3 months. Ysaguirre said the result “would be destructive for the economy of Belize.” Before his departure last month, he told Amandala that following Hurricane Earl, Belize’s foreign exchange position had actually gotten worse.

Two weeks ago, Joy Grant, former director of the Financial Intelligence Unit (FIU), took over as Governor of the Central Bank. The payout of US dollars was made under her tenure. Given the warning issued by Grant’s predecessor, we tried to find out today what the current foreign exchange position is, but we were unable to get details.

Denys Barrow, SC, attorney for the Government of Belize, told Amandala that the Government paid the former BTL shareholders the US dollars on Friday, and the Belize dollars which had been paid in July were returned that same day.

“It was paid through the Central Bank,” Barrow confirmed.

“What happened is, the Government and the Central Bank [felt] that 8.34% interest compounded quarterly plus another 6% was prohibitive and notwithstanding the great desire to not reduce the foreign exchange holdings by that significant amount, it was decided that the reduction was warranted by the savings that would be made by way of interest payments….” Barrow told us.

Friday, he said, “….was as early as it was reasonably possible to get it done.”

Based on the figures quoted to us, this brings the amount which the Government has paid to date to the Ashcroft group for BTL to a tally of BZ$258.6 million or US$129.3 mil.

Under the formula previously explained by the Government, this should have amounted to roughly BZ$150 mil or US$75 mil.

Amandala readers will recall that only about a third of the compensation payment is for the basic share value; the remainder (about two-third) is compensation for a series of accommodation agreements which were given to the former shareholders between 2005 and 2008, which the foreign tribunal found to be valid.

The Government of Belize contended in the recent CCJ hearing that under the settlement agreement carved out last September, the portion attributable to the accommodation agreements would be paid in Belize dollars and would be kept for the people of Belize by way of projects to be administered by the Government; however, the CCJ held that this was not actually stipulated in the settlement agreement. The court reasoned, based on the way the agreement was drafted, that the portion for projects would come out of the final 50% payment, due next year.

It remains to be seen what the portion left for projects for the benefit of Belizeans will actually amount to. Courtenay has told the press the Dunkeld liabilities—which include legal fees accrued over the extended litigation battle—have to be brought into account and those have not been finalized. The figure, said Courtenay, would have to be deducted from the balance, and the Belize dollar portion left would go to Hayward Charitable Trust for projects in Belize.