The great Hogan visits the Jewel 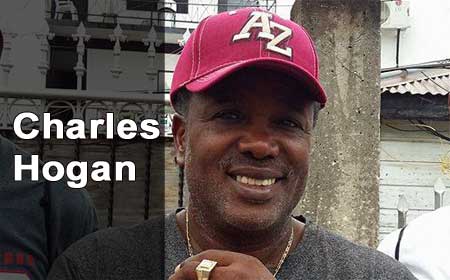 BELIZE CITY, Sun. Oct. 1, 2017–No, it is not “Hulk Hogan;” but in terms of the resonance of his name upon generations of Belizean footballers in the U.S., and I suspect a few old-timers back home as well, he might just as well be.

You can hardly hold a football conversation with any Belizean from the diaspora, without the name “Hogan” popping up, so impacting has been his involvement in Belize football teams over the past three plus decades in L.A. And there is never any hint of disrespect for Hogan by veteran ‘ballers returning home on visits or to stay – guys like Winty J (Vincent Johnson), Russell “Cheezy” Hulse, Wayne “Hog Man” Olivera, the late Rupert “Canalete” Anderson, Solomon “Salo” Usher, Maurice “Magic” Francis, Edward “Lilly White” Rubio, and most recently Anton “Cador” Thurton, and others.

My general impression had been that Hogan was a dedicated football manager, promoter and organizer of football teams comprising Belizean born players who had migrated to the Los Angeles, California area where Hogan has been based since leaving the Jewel in the early seventies. But as a player, I didn’t have much to go by, to consider his stature on the football field. 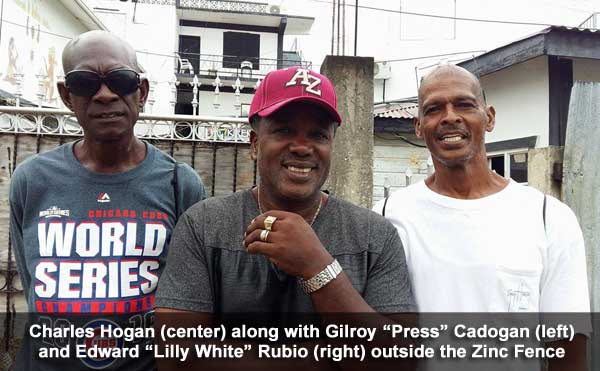 I was therefore thankful to be treated to a missing piece of football history in Hogan’s visit this morning to the Press Cadogan Sports Show on Krem Radio. Hogan arrived in the Jewel around mid-September, and plans to returns to L.A. on Tuesday.

What I came away from that discourse convinced of, was that Hogan “got game.” He was for real as a football player; and the reason our local football lore does not have much to show about Charles Hogan, is likely because he migrated to the U.S. before playing 1st Division football in Belize. But his exploits at the primary school level in Dangriga, and later with Belize teams in L.A. are the stuff of legends; and it probably explains why he has for the past thirty-five years commanded the respect of footballers in L.A. who had left the Jewel as top rated stars of the game.

In our next issue, we will share some football history from Charles Hogan, a Belizean football star, in our opinion at least.