Greg Ch’oc bows out from SATIIM 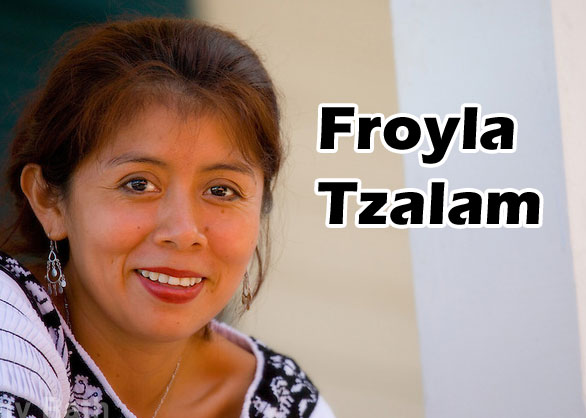 PUNTA GORDA–Yesterday morning was a bittersweet, yet momentous occasion for the non-governmental organization (NGO) known as SATIIM, the Sarstoon-Temash Institute for Indigenous Management, and the indigenous Maya communities in southern Belize, after Maya leader Greg Ch’oc, who has been a fiery champion of their causes for nearly two decades, declared that he would withdraw from his position as executive director of the organization, relinquishing the administration into the hands of a carefully selected successor who has gotten the blessings of the Maya communities to continue what Ch’oc has termed as “the legacy of resistance”, particularly as it relates to the issue of oil drilling and exploration in Toledo.

Ch’oc initially publicized his intentions to pursue a law degree at the University of the West Indies (UWI) Cave Hill Campus in Barbados about a year ago during a gathering in Midway Village, and now, with his admission process completed, it was time to make the announcement official.

He said, “Effective today, I step down as the executive director of the Sarstoon-Temash Institute for Indigenous Management. I have done so with the support of my family, my staff, the board and the community that has stood behind us, without whose support we would not have reached this far. I want to express my sincere appreciation to all those that have helped SATIIM and the communities, who remained steadfast in demonstrating their trust and confidence in the ability of SATIIM to give them a fighting chance.”

Replacing Ch’oc as the face of SATIIM will be Froyla Tzalam-Mendez, who is scheduled to now sit as SATIIM’s new executive director.

She has a Master’s Degree in Rural Development, and has been working in culture and history for the last decade.

We understand that Tzalam-Mendez has worked as director at NICH’s Institute of Social Research, as well as with the African/Maya History project.

She has also been a coordinator for the Maya Leaders Alliance (MLA), and in the past year, was the managing director of the Tumul K’in Center, a Maya high school in Blue Creek, Toledo.

Tzalam was modest in accepting her new responsibilities, but conceded that she is very conscious that she cannot fill the shoes of Greg Ch’oc, who has a formidable reputation nationally, and among his peers in civil society.

“I am very humbled as I step up, not to replace Greg, ‘cause let’s face it, no one can replace Greg. I think one of SATIIM’s biggest successes is that through Greg, it has built alliances with other NGOs within Belize and internationally, and so that work must continue. Whether we will do it in the same format, obviously we are two different individuals, and so our styles might be slightly different, but our goals and our aim are the same. He has his own mold, but what we are doing ahead with SATIIM and myself, helping the communities to achieve their goals, we will continue the struggle. SATIIM will continue to have the rights of all indigenous people promoted and enacted, and not be violated or trampled on in silence”, she affirmed.

According to outgoing executive director Greg Ch’oc, his reason for stepping down was private, and during the year since the initial announcement, he has worked closely with the respective indigenous communities to build their trust in his replacement. He pledged to continue to serve as advisor from his place of study.

Tzalam-Mendez, the sister-in-law of Ch’oc, is a Mopan Maya who was born in San Antonio, Toledo, and was selected by the SATIIM Board of Directors.

According to the Guardian newspaper, the UDP’s party organ, Tzalam-Mendez ran for the position of chairman of the Ladyville Village Council under the banner of the People’s United Party (PUP) in the last village council elections.

Ch’oc, who started out as program coordinator when SATIIM came into existence in 1997, will spend the next 5 years engaged in legal studies abroad.